Anti-submarine warfare is the focus of a week-long joint naval exercise being held by India and Singapore in the South China Sea from Thursday, the Indian Navy said. 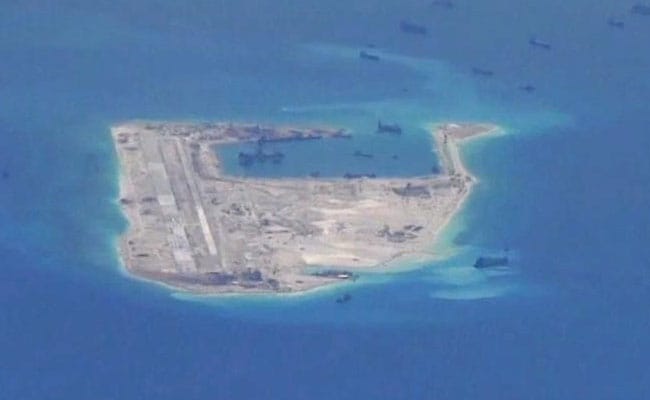 A week-long joint naval exercise by India and Singapore in the South China Sea began on Thursday.

New Delhi: Anti-submarine warfare is the focus of a week-long joint naval exercise being held by India and Singapore in the South China Sea from Thursday, the Indian Navy said.

This comes as India has repeatedly expressed concern over the presence of Chinese submarines in the Indian Ocean, and on the growing presence of China in the international waters.

The harbour phase of Simbex-17 started on Thursday. Indian Naval Ships Shivalik, Sahyadri, Jyoti and Kamorta and one P8-I Maritime Patrol and Anti-Submarine Warfare Aircraft are participating in the exercise. Simbex is an acronym for Singapore-India Maritime Bilateral Exercises.

"The thrust of exercises at sea this year would be on Anti-Submarine Warfare (ASW), integrated operations with Surface, Air and Sub-surface forces, Air Defence and Surface Encounter Exercises," a statement from the Indian Navy said.

Two ships -- INS Sahyadri and INS Kamorta -- arrived in Singapore on May 12, while INS Shivalik and INS Jyoti would be joining directly for the sea phase of exercise.

This year's edition of Simbex-17, being held in the South China Sea, would be the 24th in the series.

The statement said it is aimed at increasing "interoperability" between the two navies as well as develop common understanding and procedures for maritime security operations.

During Simbex-17, the Singapore Navy is represented by RSN Ships Supreme, Formidable and Victory and Maritime Patrol Aircraft Fokker F50 in addition to the RSAF F-16 aircraft.

A Yuan-class conventional submarine of China's People's Liberation Army-Navy's (PLAN) anti-piracy fleet was "picked up" by Indian Navy's Poseidon-8I long-range maritime patrol aircraft as soon as it crossed the Malacca Strait on April 19-20. The same submarine was later denied permission by Sri Lanka to dock in one of its harbours.