Bringing Mehul Choksi back to India would be a boon for Prime Minister Narendra Modi as he tries to bolster his anti-corruption credentials ahead of the upcoming Lok Sabha elections. 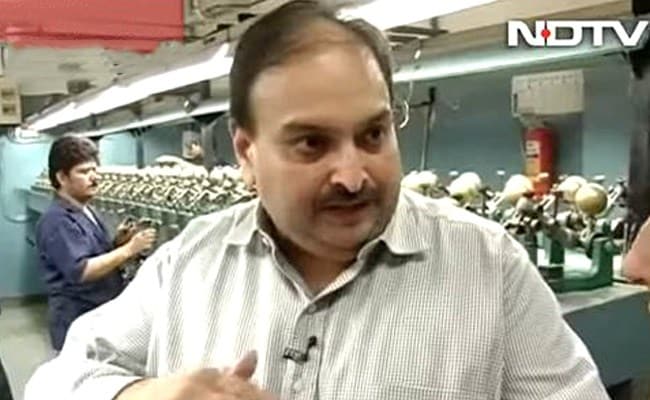 Fugitive jeweller Mehul Choksi, accused in the Rs 13,000 crore Punjab National Bank fraud case, is still an Indian citizen despite holding an Antigua and Barbuda passport, an Indian official told Reuters, adding the government is pushing for his extradition.

Mehul Choksi fled India before the accusations surfaced last year. His nephew Nirav Modi, a celebrity diamantaire is an accused in the case. He has also skipped country.

Bringing Mehul Choksi back to India would be a boon for Prime Minister Narendra Modi as he tries to bolster his anti-corruption credentials ahead of the upcoming Lok Sabha elections.

Mehul Choksi and Nirav Modi are accused of colluding with a handful of bankers to secure credit from overseas banks using fraudulent guarantees. Both have denied the allegations.

Mehul Choksi has secured a passport from Antigua and Barbuda, where wealthy foreigners can become citizens in exchange for investing in the country.

"You cannot commit some crime and run away from the country and (think) we'd allow you to renounce your citizenship. That would look really stupid."

If all sides agree Mehul Choksi is Indian, he could potentially be extradited from Antigua using a Commonwealth-based agreement. But his Antiguan citizenship complicates the situation even though India does not permit dual citizenship.

"He is ... entitled to the protection any citizen of Antigua and Barbuda is," Lionel Hurst, the chief of staff for the Antiguan Prime Minister's Office, told India Today TV in September.

In January, Mr Hurst told India Today the struggle over Mehul Choksi now depended on Antiguan courts, and warned the case could "last for a very long time".

Mehul Choksi in November also filed an application to a Mumbai court refuting that he was a fugitive and blaming "persisting medical conditions" for preventing him from returning to India, court documents show.

When asked whether Mehul Choksi remained an Indian citizen, his lawyer Sanjay Abbot late last week confirmed that Mehul Choksi had surrendered his passport but directed questions on his citizenship to David Dorsett, his lawyer in Antigua.

Mr Dorsett did not respond to a request for comment.

PM Modi said recently any corruption suspect would face justice "regardless of whether he is in India or abroad".

"Any person who has cheated or looted the country shall be brought to the justice," PM Modi said in a speech.