Pankaj Saran's remarks come days after India in a "non-official" capacity attended a meet in Moscow where Taliban representatives were also present. 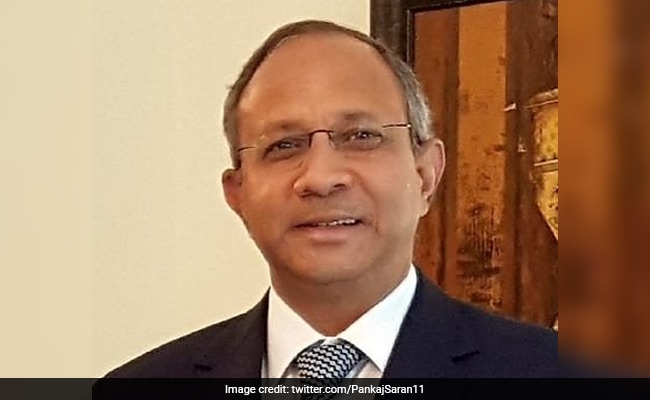 Further high-level exchanges are expected before the end of this year, Pankaj Saran said.

His remarks come days after India in a "non-official" capacity attended a meet in Moscow where Taliban representatives were also present.

Delivering the keynote address at the second round of Indian Council of World Affairs-Russia International Affairs Council international conference, Saran said India and Russia consult each other on Afghanistan.

"India had participated at an unofficial level in the Moscow format on Afghanistan. Both India and Russia support the Afghan government's efforts towards the realisation of an Afghan-led and Afghan-owned peace and reconciliation process," he said.

India had Friday attended in a "non-official" capacity the conference on bringing back peace in Afghanistan, which was hosted by Russia and participated by the Taliban as well as representatives from several countries, including Pakistan, China and Iran.

Hours after the multi-lateral conference began in Moscow, India had made it clear that its participation was in sync with its Afghan policy and asserted that attending the meeting was not talking to the Taliban at all.

Asked about the meet on the sidelines of the conference here, Russian ambassador to India Nikolay Kudashev said any level of India's participation is welcome.

Speaking on the topic 'strategic visions of Russia-India relations in a changing world order', Saran, in his address, pitched for "significantly enhancing" the economic content in Indo-Russia ties.

He said India and Russia were exploring new areas of cooperation such as railways, information and technology, innovation and infrastructure, besides strengthening traditional areas of collaboration such as defence, space and nuclear.

"The Indo-Russia ties have intensified in recent years with an emphasis on identifying and strengthening our partnership in newer areas while reinforcing our relations in the traditional strategic spheres of cooperation," he said.

Further high-level exchanges are expected before the end of this year, he said.

He also highlighted the memorandum of understanding signed between India and Russia by which Moscow would help India's human space flight programme 'Gaganyaan'.

Asked if an Indian astronaut would go into space on a Russian craft, he said Rakesh Sharma had done so in the past and there was no problem of anyone travelling into space again be it with a Russian space craft or with a space craft developed jointly.

The first-ever strategic economic dialogue or economic forum is going to be held under the chairmanship of Niti Aayog and the Russian Ministry of Economic Development, he said.