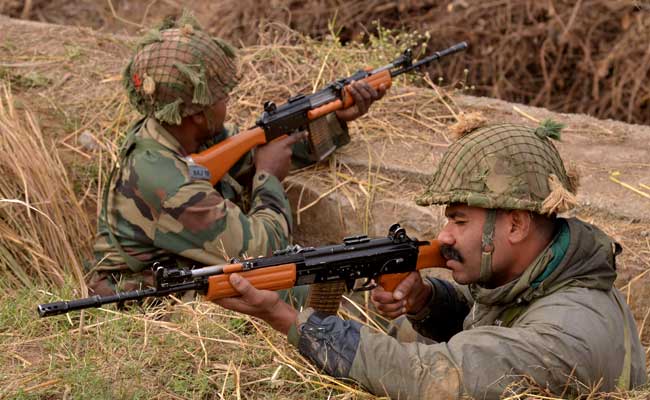 The Pathankot terror attack may be an attempt to disrupt the positive momentum in Indo-Pak ties following PM Modi's visit to Lahore, said China.

Beijing: China today said it hopes that India and Pakistan will properly deal with their differences through dialogue and "maintain momentum" in improving ties, days after Beijing asserted that the Pathankot terror attack may have been launched intentionally to disrupt Indo-Pak relations.

"Chinese side welcomes all the actions that are conducive to improvement of relations between Pakistan and India," Foreign Ministry Spokesperson Hua Chunying told a media briefing here.

"We also support counter terrorism cooperation between the (two) countries," she said in reply to a question about Pakistan Premier Nawaz Sharif's promise to take "prompt and decisive action" against the perpetrators of the Pathankot attack during his telephonic conversation with Prime Minister Narendra Modi this week.

"As a friend and neighbour to the two sides, the Chinese side sincerely hopes the two countries will properly deal with relevant issues through dialogue and cooperation and maintain momentum of improvement in bilateral relations and stay committed to regional stability and development," Ms Chunying said.

In its first reaction to the attack, China, which has "all-weather" ties with Pakistan, had condemned the terror attack and stated that this may be an attempt to disrupt the positive momentum in Indo-Pak ties following PM Modi's visit to Lahore.

"We condemn this attack...At this juncture this attack might have been launched intentionally to disrupt this momentum (in Indo-Pak ties). Many media reports have such doubts...," Ms Chunying had said.

China's comments terming the attack as an attempt to disrupt the India-Pakistan engagement came as a surprise as reports indicated that the attackers were from the ranks of Pakistan-backed Jaish-e-Mohammed terror outfit and had crossed over to India from the Punjab border.

The Chinese reaction came in the backdrop of the November visit of Home Minister Rajnath Singh during which both the countries agreed to form a Ministerial Committee, along with a Joint Secretary-level mechanism to periodically meet and review cooperation in counter terrorism.

A high-level Chinese team of interior ministry officials is expected to visit India in the next few months to formally sign an agreement to operationalise the committees. The draft agreement detailing the composition of the two committees is ready, Indian officials have said.