India Says Not Worried Over China Bonhomie With Neighbours

The South Asian countries are free to have ties with any country including China, India's envoy to China Gautam Bambawale has said. 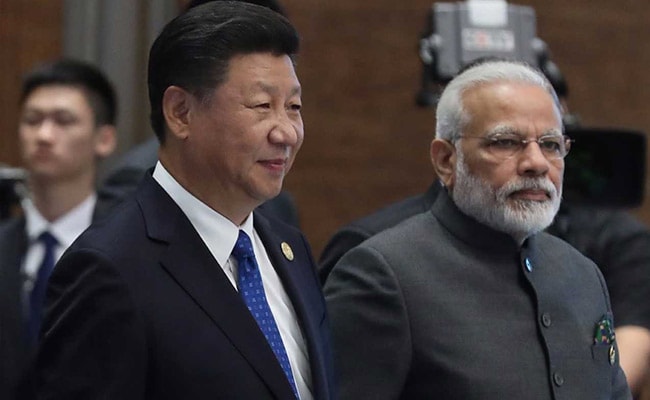 Beijing: India is not worried about China's attempts to establish close ties with South Asian countries as New Delhi has strong relations with its neighbours, India's envoy to China Gautam Bambawale has said.

The South Asian countries are free to have ties with any country including China, Mr Bambawale said.

"Our relationships with these countries are very strong, they are historical, people-to-people contacts," the envoy said, citing the example of India and Nepal having open borders.

"There is an open border between Nepal and India so people can come to India without any visa, and the reverse is also the case," he said.

He also spoke of India's strong reservations about the China-Pakistan Economic Corridor (CPEC) which is a part of China's multi-billion-dollar Belt and Road Initiative (BRI).

"When we talk about development projects or connectivity projects, they must be transparent, fair and equal. There are certain internationally accepted norms for such projects," he said, in an apparent reference to the criticism that the BRI projects lack transparency.

"If a project meets those norms, we will be happy to take part in it. One of the norms is the project should not violate the sovereignty and territorial integrity of a country. Unfortunately, there is this thing called CPEC, which is called a flagship project of BRI, violates India's sovereignty and territory integrity. Therefore, we oppose it," he said.

The CPEC traverses through the Pakistan-occupied Kashmir.

India follows the principle of not "letting differences of opinion becoming disputes, of doing projects which are not opaque but open; transparent and meet ecological and environmental standards; does not violate anyone's territorial integrity, then we will find a situation where the Chinese dragon and the Indian elephant will actually be dancing together," Mr Bambawale said.

He referred to historically high bilateral trade between the two countries which touched $84.5 billion last year.

The success of the films shows that Chinese people are open to watching Bollywood movies, the envoy said.

"I think from watching those movies they understand India better and by understanding each other better, we will be able to have greater trust between each other. That's why these examples are very important," he said.

India has no concerns about China's rise. "In fact, India looks at China's rise as something which also gives us encouragement that India can also do at least some of the things that China has done, which is to develop economically and develop rapidly," he said.

To a question about China's concerns over the US, India, Japan and Australia forming a quadrilateral grouping, Mr Bombawale said India is too big to be a part of any alliance.

India will work with all countries in the world to improve and increase its interests.

"Wherever our interests converge, we will work together like on climate change and environment protection. India and China work very closely together on many international issues like environmental protection and counter-terrorism. We will continue to work with anyone, where we find that there is a synergy. We will work with China definitely," Mr Bambawale said.

He also declined to comment on the constitutional amendment removing the two-term limit for Chinese President Xi Jinping, paving the way for a life-long tenure.

"The removal of the term limits and new team for foreign affairs and all that is China's internal matter; I don't want to say anything on that. That is for China and the people of China to decide. We only look upon it as something which encourages us to do better in India's economic development, India's economic progress and social progress," he said.

Promoted
Listen to the latest songs, only on JioSaavn.com
Both China and India are re-emerging on the international stage and becoming very important players, Mr Bambawale said.