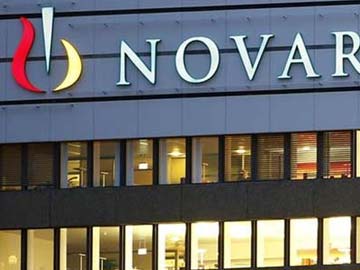 New Delhi: India is likely to drag the US to World Trade Organisation (WTO) if America includes it in the 'Priority Foreign Country' list for intellectual property rights, a development that could further escalate trade tensions between the two.

The US industry and trade lobbies are putting pressure on their government to put India under this list, sources said.

Officials in Delhi said the demand is "completely wrong" as India's intellectual property rights are complaint with global laws, including the WTO.

Under the US Trade Act, a Priority Foreign Country is the worst classification given to those which deny adequate and effective protection of intellectual property rights (IPR) or fair and equitable market access to the US persons relying on IPR protection.

"If the US does that, then India probably will have no option but drag them to the WTO's dispute settlement mechanism," an official said.

The US International Trade Commission (USITC), a quasi-judicial federal American agency, has already initiated an investigation against India's trade and investment policies.

It has alleged that New Delhi's laws discriminate against the US companies.

"The country's IPR (intellectual property rights) laws are fully compliant with WTO. If America has any issue with our laws, they can raise that in the WTO," the official said.

To follow up the probe, USITC officials have sought a meeting with Indian officials. However, the government has rejected the request.

India and the US are fighting several cases in WTO's dispute panel. Recently the US has dragged India on the country's national solar programme.

The Obama administration had been strongly criticising India's investment climate and IPR laws, especially in the pharmaceuticals and solar sectors.

American pharma companies had objected India's move to issue a compulsory license (CL) in March, 2012 to Hyderabad-based Natco Pharma to manufacture and sell cancer-treatment drug 'Nexavar' at a price over 30 times lower than charged by patent-holder Bayer Corporation.

The USITC has raised this issue besides the rejection of patent to Bristol-Myers Squibb's Sprycel and Novartis' Gleevec. It has stated that Indian IPR laws are not Trade Related Aspects of Intellectual Property Rights (TRIPS) compliant under the WTO.

Swiss pharma major Novartis AG had lost a legal battle for getting its blood cancer drug Gleevec patented in India and to restrain Indian companies from manufacturing generic drugs. The Supreme Court had rejected the multinational company's plea last year.

2 Charged With Sedition For Alleged "Horse-Trading" Ahead Of Rajya Sabha Polls: Report