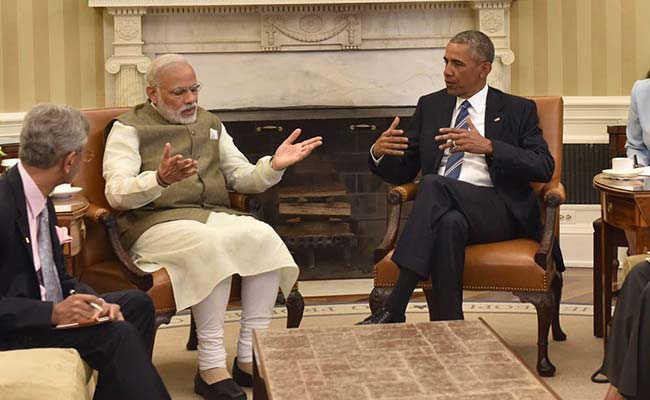 Washington: Despite the hopes of the US, India may not be able to stick to the emission timeline on the climate change agreement made in Paris last year, government officials have indicated.

White House officials indicated that it is their understanding that India completes process during this year, before President Barack Obama's term expires in November. But top government officials have told NDTV that India is "unlikely to sign the agreement this year, or even the next."

Foreign secretary S Jaishankar said India is in the midst of long and complicated process and this is not going to happen quickly.  "There are huge issues. It will impact on our electricity regulation, Motor Vehicles Act, power plants and airlines. There are cascading implications for very different segments," Mr Jaishankar said.

At the Paris climate change summit held last year, more than 90 nations made a strong commitment to cut down on emissions and switch to clean energy. But the COP 21 agreement can take effect when at least 55 countries, representing 55 per cent of global emissions, ratify it. Many countries including the US and China have pledged to ratify the pact this year.

Today, at a joint press conference after the bilateral meeting with Prime Minister Narendra Modi, US President Barack Obama said, "We discussed how we can, as quickly as possible, bring the Paris Agreement into force."

An India-US joint statement issued shortly after said, "The United States reaffirms its commitment to join the agreement as soon as possible this year. India similarly has begun its processes to work toward this shared objective."

The process is a work in progress, Indian officials said, the concerned ministries are examining the steps that need to be taken to meet the Paris agreement.

"We value the output in Paris in Cop21, for the conclusion of which, we played an important role," said Mr Jaishankar, who had participated in the delegation-level talks at the White House today.