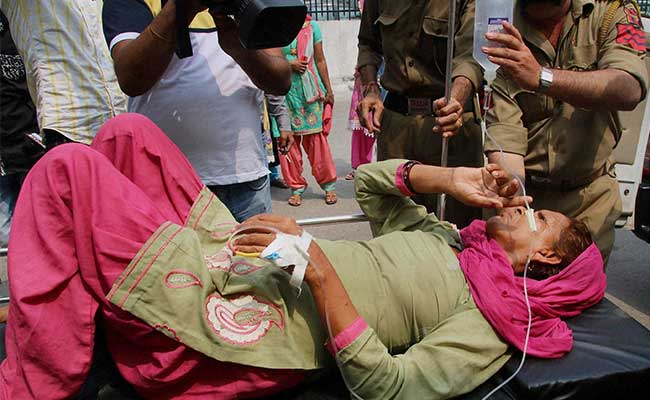 New Delhi: India has lodged a strong protest with Pakistan's envoy in New Delhi over repeated ceasefire violations along the border in Jammu and Kashmir.

Government sources have told NDTV that India registered its strong protest with Pakistan High Commissioner Abdul Basit after the killing of a civilian near the International Border in Jammu, ahead of Prime Minister Narendra Modi's visit on Friday.

A woman was killed and six, including two soldiers, were injured in heavy firing from across the border in Akhnoor sector, in the seventh ceasefire violation this month. There has been more firing this morning, again on the International Border in Jammu district. Three villagers have been injured in firing at the RS Pura sector.

Pakistan has also summoned the Indian envoy after saying it shot down an Indian "spy" drone on Wednesday, a claim that has been denied by New Delhi.

Indian government sources called it a "strange coincidence that Pakistan claimed it shot down an Indian drone soon after the violation" on Wednesday.

Islamabad has alleged that India had sent the drone for aerial photography near the Line of Control and it was shot down in the Bhimber area of Pakistan Occupied Kashmir, for "violation of Pakistan's territorial integrity."

The Indian military has denied Pakistan's claims. "Some reports of a drone crash in POK (Pakistan Occupied Kashmir) are being referred to. No drone or UAV crash of Indian Army has taken place," the defence ministry said in a statement.

The border trouble comes days after PM Modi and his Pakistani counterpart Nawaz Sharif held talks on the sidelines of a regional summit in Ufa in Russia. As part of a series of "breakthrough" announcements after the talks, the two countries decided to arrange meetings of senior military officers to reduce tension along the border.