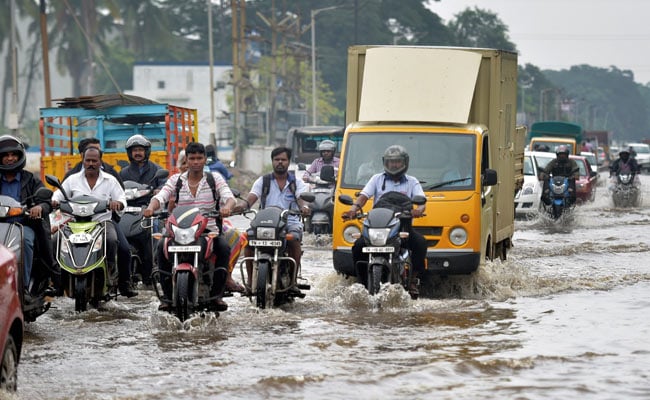 Chennai's rapid urbanisation has encroached on its natural landscape, said a statement (File)

India and multilateral lending agency ADB on Thursday signed a $251 million loan for strengthening the resilience of Chennai city to floods.

"The Government of India and the Asian Development Bank (ADB) today signed a USD 251 million loan for climate-resilient, integrated urban flood protection and management in the Chennai-Kosasthalaiyar basin to strengthen the resilience of Chennai city to floods," the Finance Ministry said in a statement.

Mr Mishra said the project interventions will help reduce the vulnerability of Chennai-Kosasthalaiyar basin residents to frequent floods, which have in recent years destroyed property and livelihoods.

He said that building disaster-resilient infrastructure would help communities cope with intensifying rainfall, a higher sea-level rise, and a storm surge caused by cyclones and protect lives, the economy and the environment.

"The project will build flood protection infrastructure as well as strengthen the capacity of the Greater Chennai Corporation and communities for better preparedness planning to transform Chennai into a more livable city," Konishi said.

It will construct 588 kilometres (km) of new stormwater drains, rehabilitate or replace 175 km of stormwater drains, improve 11 km stretches in the Ambattur, Ariyallur, Kadappakkam, and Korattur channels to enhance water-carrying capacity, and upgrade a stormwater pumping station and construct a new one.

It will also construct 23,000 catch pits in roadside drains to recharge the groundwater aquifer and rehabilitate four disaster relief camps.