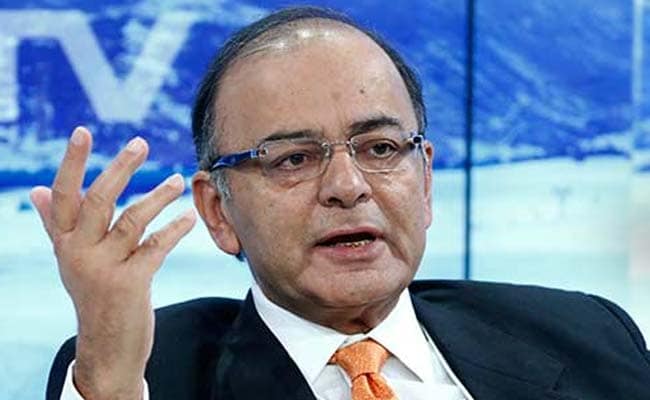 New York: From being in the midst of a disturbed neighbourhood, under the leadership of Prime Minister Narendra Modi, India's relations with its neighbours have improved, Union Finance Minister Arun Jaitley said.

New Delhi is interested in improving relations with Islamabad and the PM has developed an excellent relationship with the Chinese leadership, Mr Jaitley told an audience in New York yesterday.

"The Prime Minister has particularly developed an excellent relationship even with the Chinese leadership. We have a boundary issue with them. And the boundary issue is unresolved. There are other several issues related to China, which are issues of our concern. But at least the tense situation around the boundary doesn't exist," Mr Jaitley said.

Economic trade relations with China has become fairly normal, he said, adding that the Prime Minister recently got a very rousing reception in China.

On Pakistan, Mr Jaitley said India is interested in improving relationship with it.

The Union Minister, who is on a 10-day visit to the US had yesterday said the onus of creating an environment for improving Indo-Pak ties and normalising the bilateral relationship is more on Pakistan and depends on the kind of "provocation" that comes from that country.

"There was a time not so long ago when India was in the midst of a disturbed neighbourhood. A number of problems with that disturbed neighbourhood were spilling into India," he told Timothy Geithner, former US Treasury Secretary, during an interaction at the Council on Foreign Relations, a top American think-tank.

"When the new government was formed, the PM took an initiative even before his oath...and the initiative was that we invited all the heads of government of the south nations, and this turned out to be a very correct and a very positive move," he said.

"And since then, we haven't looked back," Mr Jaitley said, adding, India's relationship with Bhutan has strengthened and India has spearheaded post-earthquake assistance in Nepal and would continue to do that.

Mr Modi, he said, was the first Prime Minister to visit Sri Lanka in more than two and half decades, and was in Bangladesh two weeks ago.

"He signed a historic pact after we amended our constitution to settle down the boundary issue, the land boundary issue with them," he said.

The Finance Minister also told, that the Government of Myanmar is cooperating with India in tackling the insurgents who are having camps there.