India Has a New No. 1 in World University Rankings 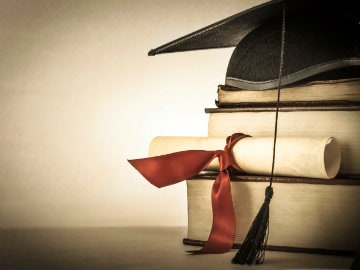 London: Indian Institute of Science has made its debut in the annual World University Rankings 2014-15 released in London last night, figuring in the top 300.

However, the country still failed to make its mark in the definitive top 200 of the 'Times Higher Education' prestigious league table, which is topped by the California Institute of Technology for the fourth consecutive year followed by Harvard University in second place and University of Oxford at third place.

India features only in the unranked section, with IIS and Panjab University in the 276-300 category, followed by the Indian Institute of Technology Bombay and Roorkee in the 351-400 range.

"It is good news that India now has two universities in the world top 300, compared to just one last year, thanks to the participation for the first time in the rankings this year of the IISc.

"But it should be a cause for serious concern that a country of India's size, growing economic strength and great intellectual history, does not yet have a top-200 entrant, and does not seem to be making enough progress up the rankings.

"The world rankings are extremely competitive, as many countries put serious resources into improving the global profile and performance of their universities as part of their economic growth plans, and India needs to ensure it does not fall too far behind," he added.

The US continues to dominate the rankings, taking seven of the top 10 places and 15 of the top 20.

But this year it has lost significant ground and has 74 universities in the top 200, down from 77 last year.


Overall, it was a strong year for Asia with 24 universities from the Asian continent in the top 200, compared to 20 last year.

This year, two Asian institutions appear in the world top 25 -- Tokyo University and the National University of Singapore.

The University of Oxford slips one place from joint second to third, Stanford University holds fourth place and the UK's University of Cambridge moves up two places to fifth.

The 11th annual edition of the rankings were powered by Thomson Reuters and used 13 separate performance indicators to examine a university's strengths against all its core missions - research, knowledge transfer, international outlook and the teaching environment, among many others.