India-EU To Step Up Cooperation In Climate Change, Science And Technology, Space

At the 15th India-Summit, the two sides also decided to ramp up cooperation in the areas of water, air quality and nuclear energy. 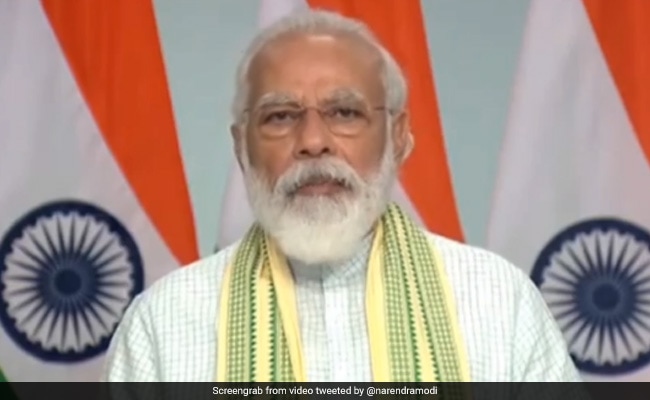 "India and the EU will engage constructively in the global stocktake in 2023," the joint statement said.

India and the European Union on Wednesday resolved to step up cooperation in environment and climate change and extend the ambit of collaboration in the areas of space and science and technology.

At the 15th India-Summit, the two sides also decided to ramp up cooperation in the areas of water, air quality and nuclear energy.

Prime Minister Narendra Modi led the Indian side, while the European Union delegation was headed by European Council President Charles Michel and President of the European Commission Ursula von der Leyen at the virtual summit.

In the strategic areas of nuclear and space, they also welcomed the signing of the India-EURATOM Agreement on research and development cooperation in the peaceful uses of nuclear energy.

Welcoming the ongoing cooperation between India and the EU under the Clean Energy and Climate Partnership, the leaders reaffirmed their commitment to the implementation of the Paris Agreement .

A joint statement issued after the summit said they also agreed to work closely together in developing a post-2020 global framework to protect biodiversity that will be adopted at the 2021 UN Biodiversity Conference.

They supported an ambitious mandate for an international chemical and waste management framework beyond 2020 for consideration at the fifth International Conference on Chemical Management in Bonn in 2021.

"India and the EU will engage constructively in the global stocktake in 2023, the outcome of which shall inform the updating and enhancing in a nationally determined manner of the actions, and support in accordance with the relevant provisions of the Paris Agreement," the joint statement issued after the summit said.

The two sides also decided to strengthen the India-EU Clean Energy and Climate Partnership agreed at the 2016 Summit and prepare and implement a new work programme, the joint statement said.

The EU also looks forward to cooperating with the Coalition for Disaster Resilient Infrastructure (CDRI) launched by India to ensure that infrastructures are resilient to climate change, it added.

Collaboration in the areas of Science and Technology and innovation has been an important aspect of the Indo-EU relationship.

Both agreed to further collaborate in research and innovation based on the principles of mutual benefit and reciprocity, as established in the India-EU Agreement on Science and Technology concluded in 2001, which expired on May 17.

"Both parties are committed to launch the renewal procedure in time and acknowledge 20 years of robust cooperation on research and innovation," the joint statement said.

The two sides will work together to share knowledge and expertise regarding artificial intelligence, scientific support to policies and regulatory aspects, including ethics, and promote a dialogue in research and innovation, it added.