The Navy said that its fleet, which was involved in its largest ever war games at the time, quickly transitioned to full operational readiness against Pakistani forces. 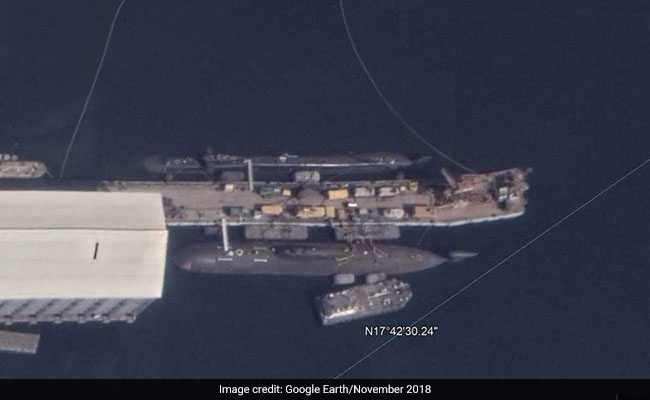 INS Arihant (top) and its escort, INS Chakra (below) seen docked in a Google Earth image of Nov 2018.

India's ballistic missile-armed submarine, INS Arihant, was fully operational and deployed at the height of the standoff between India and Pakistan after the terror attack in Jammu and Kashmir's Pulwama on February 14 in which 40 CRPF soliders were killed.

In a rare statement on the movement of its strategic assets, which include its two nuclear submarines, the Navy has said that its fleet, which was involved in its largest ever war games at the time, quickly transitioned to full operational readiness against Pakistani forces.

''The major combat units of the Indian Navy including the Carrier Battle Group with INS Vikramaditya, nuclear submarines and scores of other ships, submarines and aircraft swiftly transited from exercise to operational deployment mode as tensions between India and Pakistan escalated," the Navy said.

The INS Arihant, along with its protective escort, the Russian nuclear-powered submarine, INS Chakra, are based in Visakhapatnam and the Navy will not confirm whether these assets were moved into the Arabian Sea at the height of the crisis.

To be able to target Pakistan, the Arihant would need to have been deployed in the Arabian Sea since the K-15 submarine launched ballistic missiles it is armed with can strike targets no more than 750 kilometres away.

It is, however, possible, that the Navy has inducted a longer range missile for the submarine called the K-4 which has been under development. The K-4 has a range of 3,500 km and could easily target Pakistan even if the Arihant remained deployed in the Bay of Bengal.

60 Indian Navy ships, 12 Coast Guard ships and 60 aircraft were participating in the TROPEX exercises which stretched from the east coast of Africa till the Malacca Straits off Singapore when they were ordered to redeploy. 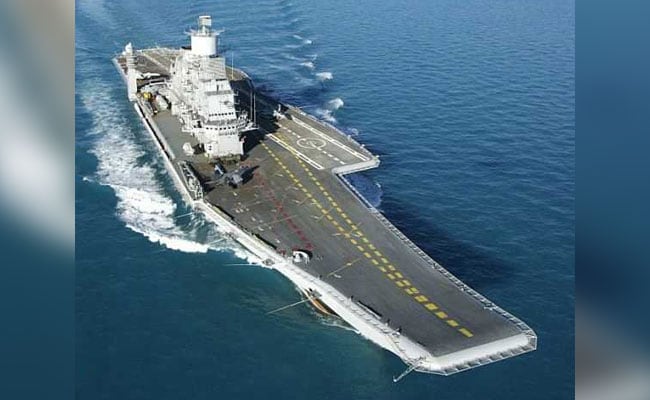 60 Indian Navy ships, including the INS Vikramaditya battle group, were deployed during the standoff with Pakistan.

''The overwhelming superiority of Indian Navy in all three dimensions forced the Pakistan Navy to remain deployed close to the Makran coast and not venture out in the open ocean'' says the Indian Navy.

The INS Arihant completed its first nuclear deterrence patrol in November last year. With the induction of this submarine, entirely made in India (albeit with Russian assistance), New Delhi has completed its nuclear triad. This means, Indian forces have the ability to launch nuclear-tipped weapons from the land, air and sea.

The Arihant has the ability to deploy for months underwater at a stretch before it needs to return to base to stock up on food and provisions for its crew.

According to Reuters, "sparring between India and Pakistan last month threatened to spiral out of control and only interventions by US officials, including National Security Advisor John Bolton, headed off a bigger conflict." The report says ''at one stage, India threatened to fire at least six missiles at Pakistan, and Islamabad said it would respond with its own missile strikes 'three times over' according to Western diplomats and government sources in New Delhi, Islamabad and Washington.''

Tension continue to simmer between the armed forces of both India and Pakistan despite reports of de-escalation following the return of Wing Commander Abhinandan Varthaman, the Indian Air Force pilot, whose fighter jet was shot down by the Pakistani Air Force on February 27, moments after he destroyed a Pakistan Air Force F-16 in a dogfight over the Line of Control (LoC) in Jammu and Kashmir.

Sources tell NDTV that the air defences of both the Indian and Pakistani Air Force remain on very high alert with fighter jets of both sides continuing to manoeuvre aggressively on their respective sides.

There have also been, almost daily reports of heavy shelling,sometimes involving artillery duels along parts of the LoC in Jammu and Kashmir.