"Good To Be Back": Pilot Abhinandan Varthaman, Captured By Pak, Returns

IAF Pilot Wing Commander Abhinandan Varthaman's homecoming, which inspired many hashtags on social media, was celebrated across the nation with politicians, celebrities and others saluting his grace and courage in the most dangerous circumstances.

Captured Indian Air Force (IAF) pilot Abhinandan Varthaman returned to India late on Friday after nearly 60 hours in Pakistan. Dressed in navy blue blazers, white shirt and grey trousers, the pilot - with a black eye - smiled as he crossed into India through the Attari-Wagah border, hours later than expected. Escorted by Pakistan Rangers till the Zero Line that marks the India-Pakistan land border, he was received by Indian security officers and whisked away.

Wing Commander Abhinandan Varthaman was shot down on Wednesday while flying a MiG-21 fighter in a dogfight with Pakistani aircraft and captured. His first words were "it is good to be back in my country", an official told reporters.

"He will be taken for a detailed medical checkup. The officer has had to eject from a plane which would have put his body under immense strain," said Air Vice Marshal RGK Kapoor, reading out a short statement and refusing to take questions.

As Abhinandan Varthaman's homecoming was delayed, "documentation" was cited as the hold-up. The Press Trust of India quoted sources as saying the handover was delayed as he was forced to record a statement on camera by Pakistani authorities before he was allowed to cross the border. Pakistan put out the video just before his release.

The pilot's homecoming, which inspired many hashtags on social media, was celebrated across the nation with politicians, celebrities and others saluting his grace and courage in the most dangerous circumstances. 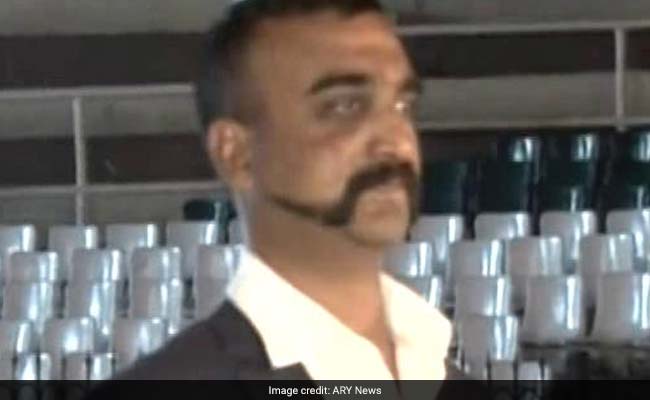 Abhinandan Varthman was in Pakistan's captivity for around 60 hours.

Large crowds had waited for hours to welcome him at the Attari-Wagah crossing, holding flags and garlands and dancing and cheering.

To restrict the crowds, an elaborate flag-lowering ceremony at the Attari-Wagah crossing between Indian and Pakistani soldiers - which draws thousands of spectators on both sides - had been cancelled in the afternoon. New Delhi had earlier asked for permission to send a special IAF flight to bring back the pilot from Islamabad, say sources, but Pakistan rejected the request.

Abhinandan Varthaman, who comes from a family of decorated fighter pilots, became for many a symbol of hope and the easing of tension between India and Pakistan after their biggest standoff in years.

Images of his capture and questioning, circulated from Pakistani accounts, left millions of Indians stricken and worried. The 38-year-old was blind-folded, his eyes bleeding over his handlebar moustache and his hands tied behind his back. A video showed him dragged from a pond, surrounded by locals.

The alarming videos were taken off as Pakistan was accused of violating the Geneva Convention.

A video later showed Abhinandan Varthaman sipping tea, his eyes swollen. He calmly answered questions, refusing to speak on his mission while praising his treatment by the Pakistan Army.

Pakistani Prime Minister Imran Khan's announcement that he would be released as a "peace gesture" signaled a thaw after rapid escalation this week.

The announcement marked a dramatic shift in mood after the two countries engaged in an aerial clash for the first time in nearly 50 years on Wednesday.

The confrontation erupted after the February 14 Pulwama attack by Pakistan-based terror group Jaish-e-Mohammed, in which over 40 soldiers were killed. India's air strikes on Tuesday targeted a huge Jaish training facility in Pakistan's Balakot, around 80 km from the Line of Control.