The debate was entitled "Political situation in Kashmir" - a terminology the Indian High Commission in London pointed out as problematic in itself. 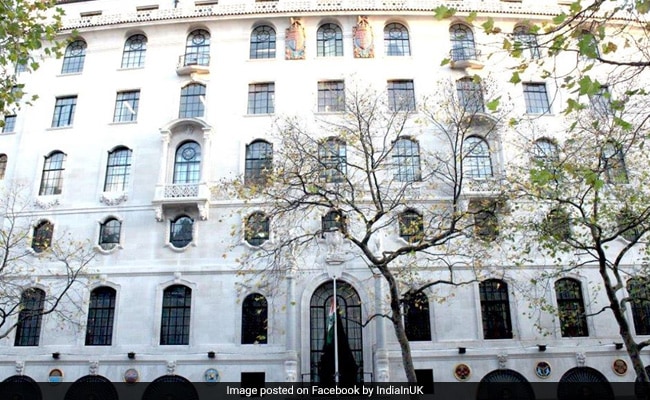 British MPs were relying on "false assertions" by a "third country", the High Commission said. (File)

India has expressed its dismay at some of the parliamentarians who participated in a debate on Kashmir in the Houses of Parliament complex in London relying on "false assertions" and unsubstantiated allegations propagated by a "third country" - an apparent reference to Pakistan.

The debate, organised by backbench British MPs at Westminster Hall in the House of Commons on Wednesday evening, was entitled "Political situation in Kashmir" - terminology the Indian High Commission in London pointed out as problematic in itself.

"Regarding the reference to 'Kashmir'' in the title: the need is felt to differentiate between the Union Territory of Jammu and Kashmir, which is an integral part of India, and Pakistan Occupied Kashmir (when the erstwhile princely state of Kashmir legally acceded to India in October 1947, this part was forcibly and illegally occupied by Pakistan)," the High Commission said in a statement.

"It was also noted that references to the Indian Union Territory of Jammu and Kashmir, despite the volumes of authentic information available in the public domain - based on up to date and visible facts on the ground - ignored current ground reality and, instead chose to reflect false assertions of the kind promoted by a third country, such as unsubstantiated allegations of 'genocide'', 'rampant violence'' and 'torture''," it noted.

Responding to the debate on behalf of the UK government, Foreign, Commonwealth and Development Office (FCDO) minister Nigel Adams had reiterated the official stance that it is not for Britain to play any mediatory role in a bilateral India-Pakistan matter, even as he accepted there were human rights concerns on both sides of the Line of Control (LoC).

"The government's policy [on Kashmir] remains stable, it's unchanged. We continue to believe that this is for India and Pakistan to find a lasting political resolution to the situation that takes into account the wishes of the Kashmiri people... as laid out in the Simla Agreement," said Adams, in his capacity as Minister for Asia.

The minister also made a reference to the District Development Council (DDC) democratic elections held in the region in December last year, which Labour Party MP Barry Gardiner pointed out attracted the free and fair participation of over 50 per cent of the local electorate.

The debate, organised by Labour's Sarah Owen, included the participation of cross-party British MPs, many of whom have a constituency with large number of people from Kashmir.

They raised concerns of alleged human rights violations and called on the UK government to seek access to the region for direct reports from Jammu and Kashmir and Pakistan-occupied Kashmir (PoK) to be presented in the UK Parliament in future.

The Indian High Commission in London sought to highlight that since last year, a smart wi-fi project has enabled high-speed internet access in the region and that despite threats of terror attacks, challenging weather conditions and the COVID-19 pandemic, landmark DDC elections were concluded in December 2020.

"Regarding the reference to peace and stability of our region, it is reiterated that India stands ready to engage with Pakistan on all outstanding issues - including on Jammu and Kashmir in accordance with the Shimla Agreement (1972) and the Lahore Declaration (1999) in an atmosphere free from terror, hostility and violence," it noted.

The statement asserted that while it was not the policy of India to take "undue interest" in the internal discussions within a foreign Parliament, the High Commission of India continues to engage with all concerned - including the UK government and parliamentarians - to avoid "misperceptions and misinformation" by making authentic information about India available to all.