India And Nepal To Speed Up Raxaul-Kathmandu Rail Project

Nepal and India agreed to seal the Memorandum of Understanding of the Raxaul-Kathmandu rail line as soon as possible, which will be the first broad guage link. 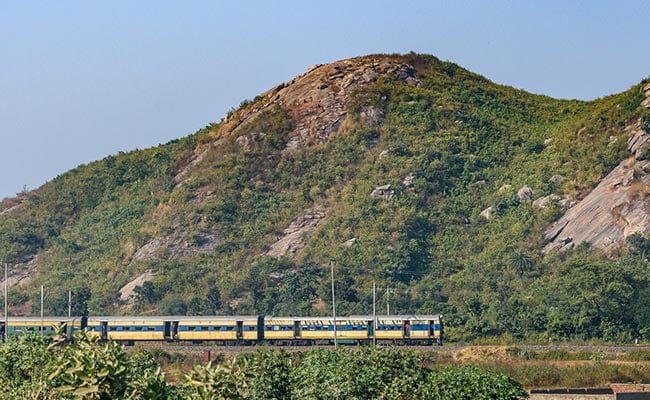 Currently there is only a metre gauge line that connects India and Nepal. (Representational)

Apart from Raxaul-Kathmandu railway line, India has already started building five cross border railway lines between Nepal and India. One line from Jayanagar to Janakpur-Kurtha will be completed within a year

Senior government officials from Nepal and India on Monday agreed to seal the Memorandum of Understanding of the Raxaul-Kathmandu rail line as soon as possible.

India has also dispatched the text of the MoU of Raxaul-Kathmandu railway line.

During the meeting both sides agreed to put concerted efforts and resolve all issues expeditiously, to complete the railway lines from Jayanagar to Janakpur-Kurtha and from Jogbani to Biratnagar Customs Yard by the October 2018 time line, the Kathmandu Post reported.

The meeting also agreed to take forward work in the remaining stretches of the two rail projects from Kurtha-Bijalpura-Bardibas and from Biratnagar Customs Yard-Biratnagar sections on priority, according to the statement.

The meeting appreciated the work undertaken in the final location survey (FLS) for the remaining three rail links, New Jalpaiguri-Kakarbhitta, Nautanwa-Bhairahawa, and Nepalgunj Road-Nepalgunj which are to be implemented under Phase-II.

An Indian team has conducted the first round of survey for the railway.

"The Nepali side has conveyed its deep appreciation for the support of Government of India in the development of the India-Nepal cross border rail links, which would enhance people-to-people linkages between the two countries and promote economic growth and development in the region.

"The India side expressed its appreciation for the government of Nepal's commitment to expeditiously resolve all the outstanding issues including making available remaining land required for completion of the ongoing rail link projects," the statement said.

China and Nepal have agreed to build a strategic railway link connecting Tibet with Kathmandu, which Nepalese Prime Minister Oli sees as an alternative trade route for supply of commodities to the landlocked Himalayan nation.

The detailed project planning report (DPR) of the Kerung-Kathmandu rail line would be completed in one-and-a-half years or so.

China has been building rail, road and air links in the remote Tibet spending billions of dollars.

During the visit of Prime Minister Narendra Modi to Nepal in May, Mr Oli had said the two countries have agreed to expedite implementation of all pending projects of bilateral cooperation by Nepal's Constitution Day in September.