With 80-Minute Address, PM Back To Long Independence Day Speeches

PM Narendra Modi delivered his speech for the 72nd Independence Day from the Red Fort in Delhi. 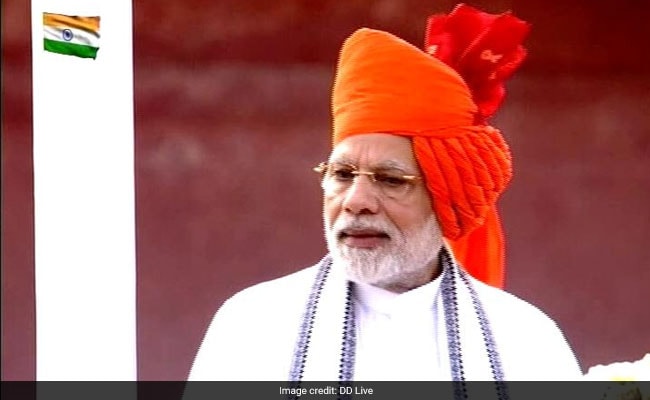 After delivering his shortest Independence Day speech last year, Prime Minister Narendra Modi resumed his trend of delivering long speeches and spoke for over 80 minutes while addressing the nation from the ramparts of the Red Fort.

In 2016, he had spoken for 96 minutes, the longest ever Independence Day address by an Indian prime minister.

Jawaharlal Nehru, India's first Prime Minister, spoke for 72 minutes in 1947 which was till 2015 the longest ever speech from the Red Fort.

In his radio address 'Mann Ki Baat' before last Independence Day, PM Modi said he had received letters from people complaining that his Independence Day speeches were "a little too long" and promised to make a shorter speech.

PM Modi's predecessor Manmohan Singh, who delivered 10 speeches over his long tenure at the helm, stuck to the 50-minute mark in his Independence Day speeches.

While he delivered speeches that lasted 50 minutes only on two occasions -- 2005 and 2006 -- during the remaining eight years, his speech ranged from 32 to 45 minutes.

Prime Minister Atal Bihari Vajpayee, the first PM from the BJP, spoke for 30-35 minutes in his Independence Day addresses.

On August 2002, he delivered a speech that lasted 25 minutes, while in 2003 he gave a 30-minute address from the historic 17th century Mughal monument.