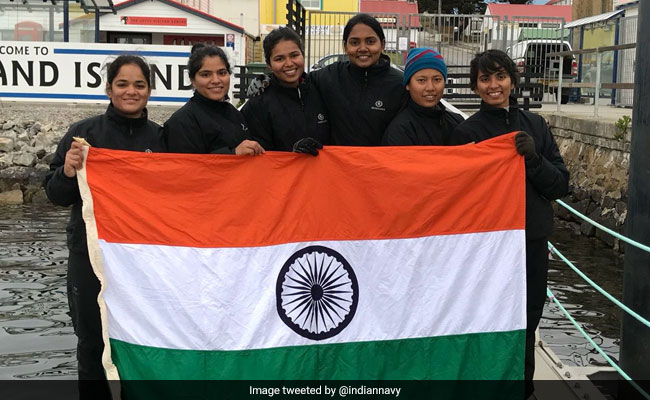 Addressing the nation on 72nd Independence Day, Prime Minister Narendra Modi today praised a group of six women officers of the Indian Navy for circumnavigating the globe. He said that the nation's daughters have crossed seven seas and painted the world in tricolour.

"We are proudly celebrating Independence Day today as six women officers of the Indian Navy, circumnavigated the globe recently on the INSV Tarini," PM Modi said in his speech after unfurling the national flag at the Red Fort in the capital.

Saluting women, he said: "Our daughters have crossed all seven seas and have coloured the world in tricolour."

The crew spent 194 days at sea and nearly eight months away from home port.

It was the maiden attempt by an all women naval officers. They covered a distance of nearly 22,300 nautical miles (41,255 km).