Dehradun is also being pounded by heavy rains for over 24 hours with many roads being waterlogged and a number of schools and colleges closed. 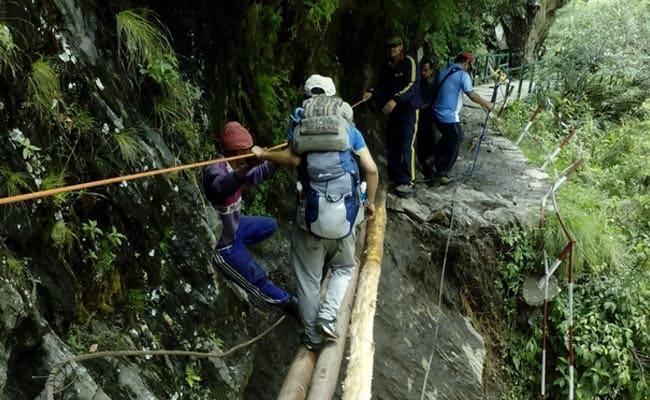 Incessant rains affected normal life across Uttarakhand today, especially in the hilly areas, where a number of roads were blocked due to landslides and schools remained closed.

It has forecast heavy rains for most parts of the state over the next 72 hours and asked pilgrims visiting the four Himalayan shrines to remain alert.

The wall of a school building at Purola in Uttarkashi district collapsed after two days of continuous rains.

However, no one was hurt as the government and private schools from class 1-12 were closed as a precautionary measure in view of heavy rains in the district, Uttarkashi Disaster Management Officer Devendra Patwal said.

The Yamunotri highway has been blocked at Dabarkot, which is highly vulnerable to landslides since July 22 itself.  However, yatra to Gangotri and Yamunotri shrines has been continuing through alternative routes.

The Ganga, Yamuna, Tons and Kamal rivers are in spate, whereas there has been no power supply in the entire Yamuna valley since last night.

Dehradun is also being pounded by heavy rains for over 24 hours with many roads being waterlogged and a number of schools and colleges closed.

The Ganga in Haridwar is flowing at 292.20 metres, which is 1.80 metres below the danger mark.

In Pithoragarh district Kali and Gori rivers are in spate and around 22 roads blocked.