"Will Hang You": Reportedly What Madhya Pradesh Minister Said On Tape

In audio clip of phone call, Ramkhelawan Patel allegedly tells officer not to take any action against traders in his constituency 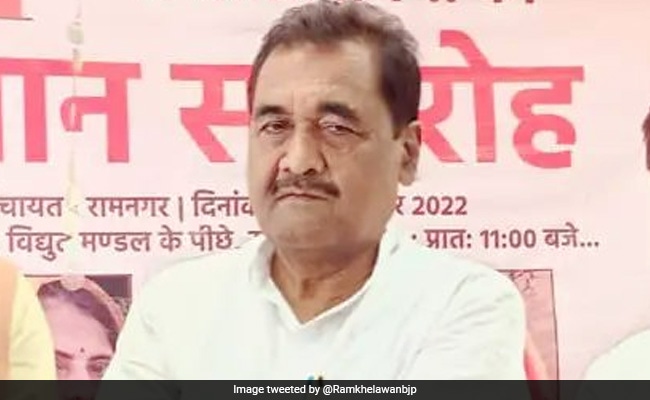 An audio clip said to be of Madhya Pradesh minister Ramkhelawan Patel threatening an official of the Food Department has gone viral. "No case should be filed against any trader in Amarpatan constituency, or I will hang you upside down," Mr Patel allegedly says over the phone in the clip, referring to action against food adulteration in the area he represents in the assembly.

He tells the officer, in Hindi, not to visit certain areas at all for any action, as per the clip. NDTV could not independently verify the audio, nor did the minister respond to a request for comment. The officer being threatened has also refused to speak to the media.

The clip flies in the face of Chief Minister Shivraj Singh Chouhan's recent discipline drive for government officials who don't work as per rules. He has publicly pulled up officials and even suspended some at a rally. Yesterday, too, he suspended an officer in Sheopur for alleged dereliction of duty.

This is not the first time that Ramkhelawan Patel — Minister of State with independent charge of Backward Classes Welfare besides other departments — has landed the BJP and its government in such a situation.

In 2019, apparently unaffected by Prime Minister Narendra Modi's warning to fellow BJP leaders to steer clear of controversy, Mr Patel had said the party would "spill blood" for the release of a colleague from prison.

He was demanding the release of Ram Sushil Patel, arrested for allegedly attacking a municipal officer during a public meeting at Ramnagar in Satna district.

"Mai aap logon ko vachan dena chahta hoon ki Ram Sushil Patel ko hum log jail se bahar le aayenge, aur unko chhurane ke liye BJP ko agar apna khoon bhi bahana padega toh khoon bhi bahane ka kaam karenge (I assure you that we'll get Ram Sushil Patel released from jail. If the BJP has to spill its blood, then we will do that too to get him out)," he had said then.