In Video, 18-Year-Old Stabbed To Death While Saving Friend In Kathua

Kathua: A love affair seems to be the reason behind the attack, police said 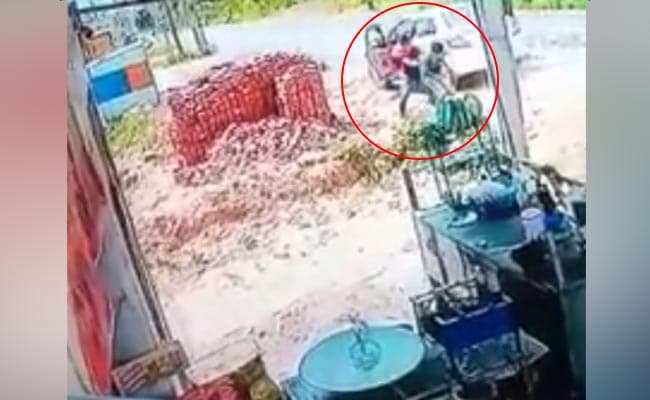 The family of the victim is calling the attack a hate crime and that it was pre-planned.

Kathua: An 18-year-old was stabbed to death when he tried to save his friend from his attackers in Kathua district of Jammu and Kashmir on Tuesday, police said. The victim has been identified as Liyaqat Ali, a Class 11 student.

According to the police, he was stabbed while saving his friend who came under attack by the accused over personal enmity. After being stabbed, he was shifted to a nearby hospital where he died of his injuries this morning.

Three accused have been arrested, police said. Two of the arrested have been identified as Abhishek Sharma and Honey.

"A love affair seems to be the reason behind the incident," said SD Singh Jamwal, Jammu Inspector General of Police.

A group of four men had come in a Swift car in Bilawar town and attacked Ali's friend Abid Hussain with rods and knives. The incident, which was caught on CCTV camera, showed Ali trying to save Abid when he too was attacked. Ali was first hit with a rod and later stabbed with a knife. After the assault, the accused fled and Ali was rushed to the hospital.

Abid's family say they had already informed the police about the threats from the attackers. They say it was a pre-planned attack.

"The police came only after the attackers had escaped. When Abid tried to escape, they attacked anyone who came to help. They stabbed Liyaqat in the stomach," said Mohammad Ayaz, Ali's uncle.

Rasool Deen, grandfather of the victim, said they are living in a state of fear and demand strict punishment for killers.

Promoted
Listen to the latest songs, only on JioSaavn.com
"There were 3-4 men in the car. They had sharp weapons and attacked everybody who came forward to help. A girl was also hurt in the incident. It was a pre-planned murder," said Mr Deen.

The incident that appears to be a hate crime has triggered outrage in Kathua, which is still recuperating from the brutal death after her alleged gang-rape inside a temple, and the protests that followed.