Over 100 organisations participated in protests against the Citizenship (Amendment) Bill, 2016 in the Northeast 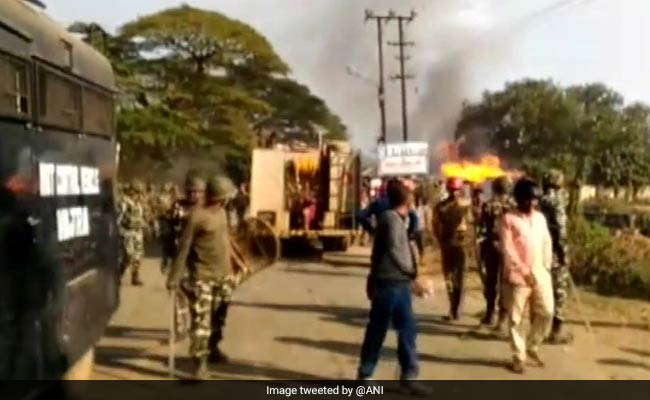 Protests against Citizenship (Amendment) Bill in Tripura. Riots and arson were reported

Six tribal youth were injured in police firing during clashes at protests against the citizenship bill in Tripura Tuesday night. Members of the North East Students' Organization cashed with the police at Khumulwng, the tribal body headquarters, about 25 kilometre from Agartala. Two among them are critical. Over 100 organisations participated in protests against the Citizenship (Amendment) Bill, 2016 yesterday.

The police and paramilitary forces had to lathicharge and fire in the air to disperse the protesters. Those injured include a Tripura State Rifles personnel and six Twipra Students Federation (TSF) members, who were part of a group that blocked the Assam-Agartala National Highway at Madhabbari.

Internet services have been suspended for two days to check spreading of rumours, said the police. "Riots and arson were reported in Jirania and photographs of the incidents were being uploaded on social media," said a police officer. 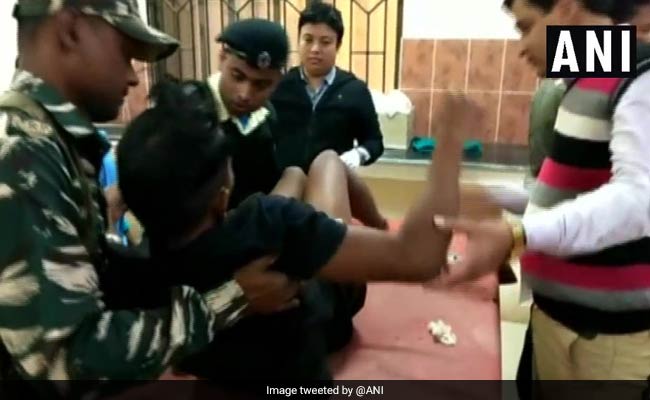 Photo Credit: Several people were injured in clashes with police in Tripura

In Assam, protesters blocked roads and national highways at various places and burnt vehicles, while picketers occupied railway tracks in Guwahati and Dibrugarh. Protesters clashed with the police and gheraoed Chief Minister Sarbananda Sonowal's house at his native place in Dibrugarh.

Parliament on Tuesday passed the Citizenship Amendment Bill 2016 amid tension in the entire northeast India. The Asom Gana Parishad (AGP) yesterday snapped ties with the NDA and accused Mr Sonowal of not respecting the emotions and interests of the Assamese people.

State finance minister and the BJP's strongman in the northeast, Himamta Biswa Sarma, claimed that the issue of granting citizenship to Hindu refugees from Bangladesh and Pakistan can only be resolved on "religious" lines. "BJP has to take religious line because persecution of Hindus in neighboring countries happens on religious lines. It does not happen along secular lines. India right from the days of Nehru and Gandhi has been siding with Hindus. The period of residency for a refugee to get citizenship was 12 years, now we are bringing it down to 6 years. This is in line with the commitment which our founding fathers have given," Mr Sarma told NDTV.

After Meghalaya chief minister Conrad Sangma, another NDA partner from northeast has voiced it's dissatisfaction over passage of citizenship amendment bill in parliament. The Chief Minister of Mizoram, Zoramthanga and his party Mizo National Front (MNF) opposed the bill and had even supported yesterday's bandh. "The bill is against the principle of secularism and would have adverse effect in the northeast," said Mr Zoramthanga.