Prince William and Kate at the Taj Mahal in Agra.

William and Kate sat side by side on the same bench where his late mother was photographed on a solitary visit in 1992. 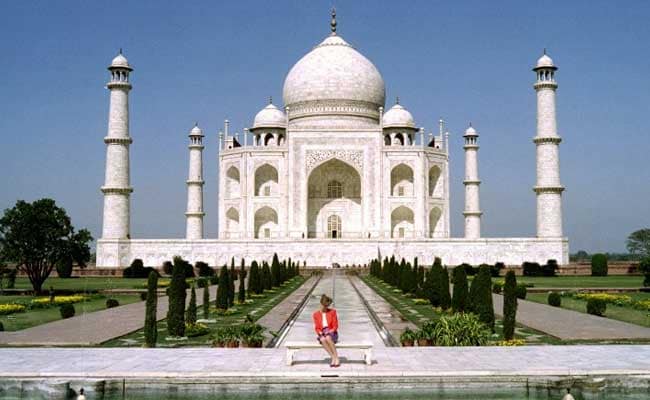 Princess Diana was photographed sitting alone outside the monument of love on February 11, 1992.

Kate wore a slimline white dress with a circular navy pattern while William braved intense afternoon heat in a blazer and open-neck shirt.

The Duke and Duchess of Cambridge were rounding off a tour in which they met another glamorous young royal couple, the king and queen of Bhutan, and saw rhinos and elephants in a national park in Assam. 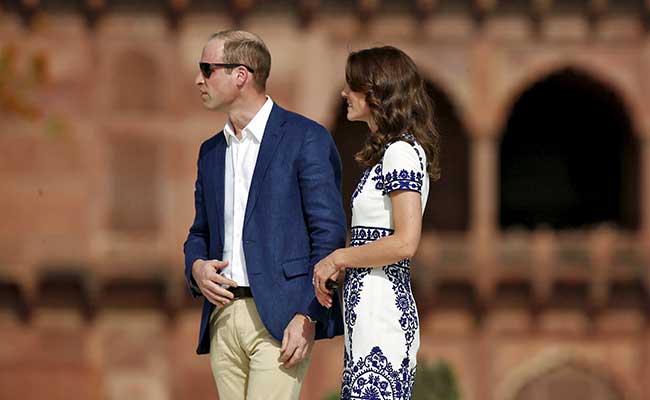 Kate Middleton wore a white-and-blue dress and Prince William was seen in a matching blue blazer.

The final stop at the Taj Mahal was an emotional one for William, who was 15 when Diana died in a car crash in 1997. He has often spoken of how much he misses his mother, and that he thinks of her every day.

Diana's solo visit to the 17th-century mausoleum - built by Mughal Emperor Shah Jahan in memory of his favourite wife - came to symbolise her unhappy marriage to Prince Charles.

Three of the Taj Mahal's four minarets were swathed in scaffolding for repairs. Still, images of William and Kate sitting before the onion-domed monument, its ivory coloured marble translucent in the afternoon sunshine, were striking.

It was raining earlier in the day when the couple flew out of Bhutan's only international airport, a day after they trekked to a Buddhist monastery 3,000 metres (10,000 feet) up a mountain.