Madhya Pradesh BJP leader Manoj Thackeray was found dead in an open field in Barwani today. He is the second BJP leader, who was murdered in less than a week in the state. Former Chief Minister Shivraj Singh Chouhan accused the Congress government of making the "death of BJP leaders one after another a cruel joke."

Mr Chouhan took to twitter this morning and shredded the Kamal Nath-led Congress government, over the law and order situation in the state.

"One after the other, the killing of BJP leaders is a serious matter. The state government is not taking it seriously and making a cruel joke of it. Popular BJP leader Manoj Thackeray was killed in broad daylight in the state home minister's backyard," Mr Chouhan tweeted.

"Criminals have become bold and law and order situation has crumbled under the present Congress government," said the former Chief Minister. The BJP will be forced to take to the streets if the criminals are not caught immediately, said Mr Chouhan.

"Mr Thackeray had gone out for his routine morning walk. A blood stained rock was found at the crime spot," senior police officials told NDTV.

The month-old Congress government in Madhya Pradesh has been facing severe criticism after a series of brazen murders in the last seven days. BJP leader and civic body chairman of Mandsaur, Prahlad Bandhwar, 50, was shot in full public view on Thursday. A day after the incident, Manish Bajrangi, a BJP worker was arrested in connection with the murder, from Rajasthan. 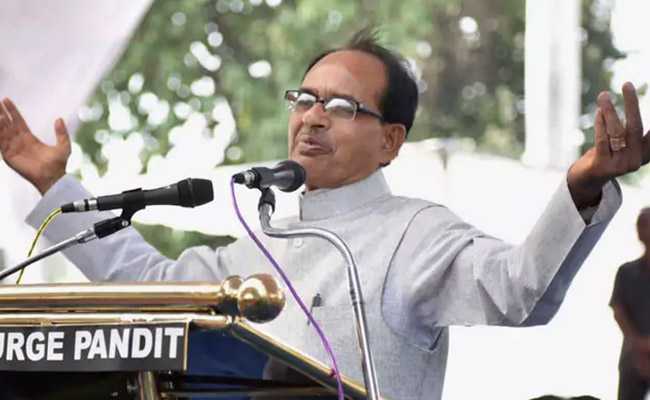 Shivraj Singh Chouhan said, the BJP will take to the streets if criminals are not caught soon

Chief Minister Kamal Nath told reporters, yesterday, that Mr Bandwar's son had named Manish Bajrangi, a local BJP worker, in the FIR. The police had claimed that dispute over a piece of land was behind the murder.

"Killing Prahlad Bandhwar over a paltry sum of Rs 25,000 is unacceptable argument," tweeted Mr Chouhan, and said that there must be a "conspiracy" behind it. The former chief minister demanded a CBI inquiry.

"Criminals are roaming free and innocent people are being killed. Is this the 'change' the Congress promised during the election campaign?' said Mr Chouhan.

On the same day when Mr Bandhwar was killed, a second murder took place at a busy marketplace in Indore. Sandeep Agarwal, 45, a builder and local businessman was shot. His family alleged that there was an ongoing dispute with his business partners over payments.

As many as 30 suspects have been detained and are being questioned, said the police. "I spoke to senior police officers in Indore. The deputy inspector general assured me that the police will catch the accused soon. We have also directed them to ensure such cases are not repeated in future," said state home minister Bala Bachhan.