The Future Group today challenged a Delhi High Court order that blocked its deal with Reliance. 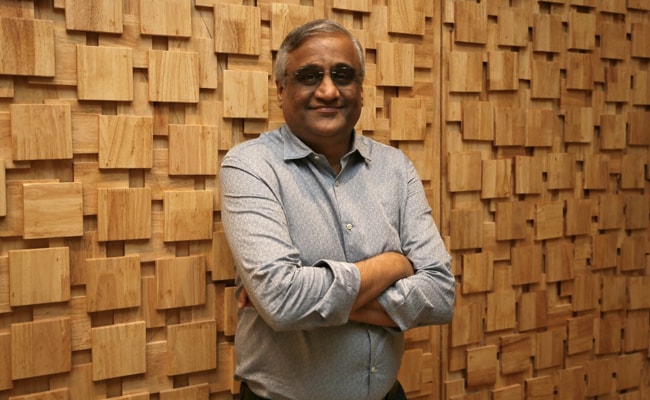 Kishore Biyani has written to his employees about the legal dispute with Amazon. (File)

Future Group's Kishore Biyani has written a letter to his employees on business partner Amazon's bid to stall the $3.4 billion (roughly Rs. 24,788 crores) deal with Reliance.

In his letter, Mr Biyani, 59, said the the US-based online retail giant was behaving like a "dog in the manger". He even compared Amazon to Green ruler Alexander.

Here is the full text of the letter written by Kishore Biyani to his employees:

Over the last few weeks, I have received numerous letters, phone calls and messages expressing your support, anxiety and queries on the various legal steps being taken by Amazon.

India as a nation, and we at Future, have consistently been known for immense capabilities, vision and hard work. India has been the target of many rulers and empires and history is proof of it. As a nation, we have come a long way from the days of the British Raj to becoming a Republic since 1950. We at Future Group have been immensely inspired by the Republic and have worked relentlessly for the customers and the entire ecosystem of employees, vendors, investors and the nation at large. We have strongly believed that we can through our work help India regain the title of the 'Sone Ki Chidiya.'

However, in the seventy first year of the Republic, there is a new form of attack and this time we are the target. This is a corporate battle and is being fought for supremacy over Indian customers.  Immense resources are being deployed on influencing Indian society's mindset and belief systems.

The deal between Future Coupons Private Ltd and Amazon was to build a coupons and gifting business, create an e-commerce distribution for our brands and whenever FDI in retail is permitted, they could participate. FDI is not permitted in multi-brand retail, and as is the global policy trend, the Government would like home-grown retailers to scale up.

Given the financial crisis in the retail sector on account of pandemic, we were left with no other option but to enter in a constructive deal with Reliance Group, a strong Indian conglomerate, to help us tide over the crisis created by the pandemic - a strong good holistic solution for livelihoods of all employees, vendor network,  lenders, creditors and the entire ecosystem that we impact directly or indirectly. This deal with Reliance meets our objective of providing stability and security for our people, vendors, landlords and lenders. I chose this option despite the fact that this means there is no gain for the promoters, in fact we are losing business that was painstakingly created with you all over the last three decades.

Now, Amazon is playing the dog in the manger, going all out to create a ruckus through a concerted and coordinated media campaign, primarily fuelled by leaking of selective and misleading information to misguide media. Their only objective is to create confusion about the deal with Reliance, hoping to disrupt us, and create greater confusion and uncertainty around the future for our ecosystem. For reasons we never believed earlier but quite evident today, this battle is about ownership of the Indian customer at any cost.

I can fully empathise with you and your family feeling stressed, worried and anxious, reading about the frequent articles in the media and the toll that this uncertainty and delay must be taking on your families. However, let me assure you that we are on firm legal footing and this is vindicated by the approvals for the Reliance deal that we have received from Competition Commission of India (CCI), Securities and Exchange Board of India (SEBI), and the stock exchanges, as well the support we have received from millions of colleagues, supply partners, their employees, lenders and banks.

Amazon's relentless attack is on Future Retail, the Board of Directors, lenders, promoters, and is unsparing of even on my father, uncle and children. The stated and evident policy of vexatious litigation and harassment makes one wonder about the similarity in ruthless ambition to scorch the earth akin to the Greek Alexander - after all, they are inspired to name their product as Alexa.

History tells us that Alexander conquered large parts of the world but failed in India.  With you on our side and our relentless service to the Indian consumers, we will serve the best interests of our country and will continue to protect our fundamental right to survive, and to serve the Indian consumer.

I wish you all the very best for the ongoing Sabse Saste Din sale and the Republic Day weekend. As you know we have bounced back strongly and I am sure we will close it on a very strong note. Our stores are well stocked, everyone on the shop floor is charged and we are well placed to serve our customers. With your belief and the customers by our side we can and will win.