In Kedarnath, PM Modi Seeks Blessings For A 'Developed India' By 2022

A day after Diwali, Prime Minister Narendra Modi went to Kedarnath in Uttarakhand in his second visit to the shrine this year. He is scheduled to lay the foundation stone of several reconstruction projects

Kedarnath: After meeting Indian Army soldiers in Jammu and Kashmir on Diwali, Prime Minister Narendra Modi flew to Kedarnath shrine in Uttarakhand today before it closes for the harsh winter in the higher reaches of the hill state. This is his second visit to the shrine this year; he went to Kedarnath last on May 3. "I am happy to be in Kedarnath, a day after Diwali," PM Modi said.

Uttarakhand Governor KK Paul and Chief Minister Trivendra Singh Rawat greeted the Prime Minister as he walked down a short flight of steps from a white Indian Air Force plane.

The Kedarnath shrine of Lord Shiva has been decked up with bright, colourful flowers; the priests there welcomed the Prime Minister before he offered prayers.

"From this holy land of Kedarnath, I seek the blessings of Bhole Baba and pledge to devote myself fully to realising the dream of a developed India by the time we mark 75 years of freedom in 2022," PM Modi told a gathering of officials, priests and locals at the mountain shrine. 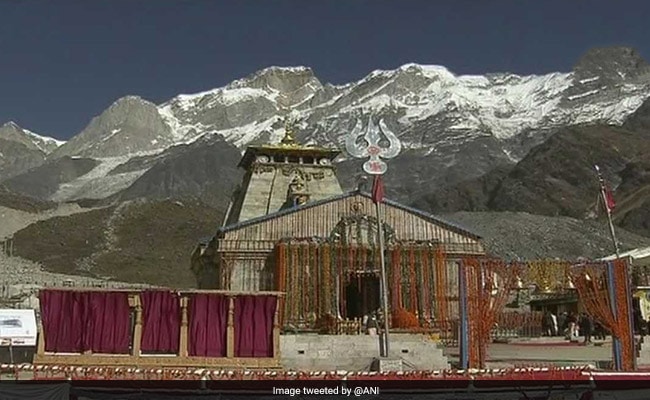 He laid the foundation stone for a new Kedarpuri, which was destroyed by flash floods in June 2013, and for a couple of other reconstruction projects. "The floods of 2013 had made all of us extremely sad. That time I was not the Prime Minister, I was the Chief Minister of Gujarat. I came here to do all that I could for victims," PM Modi said, stressing on a point that the government will ensure the environment is not damaged while building new or upgrading infrastructure in the hilly area.

The Himalayas have so much to offer- for spiritual pursuits, for the nature lover, for those interested in adventure, water sports. I invite everyone to come and explore the Himalayas: PM @narendramodi

"We are building quality infrastructure in Kedarnath. It will be modern but traditional ethos will be preserved," PM Modi said.

With winter approaching, the annual Chardham yatra in Uttarakhand which sees lakhs of people make a beeline for the four shrines in the upper reaches of Uttarakhand starting April-May, has started winding down.

The first to close for the winter was Hemkund Sahib, which lies at an elevation of over 15,000 feet in Chamoli district, on October 10 amid the chanting of the holy scripture Gurbani. 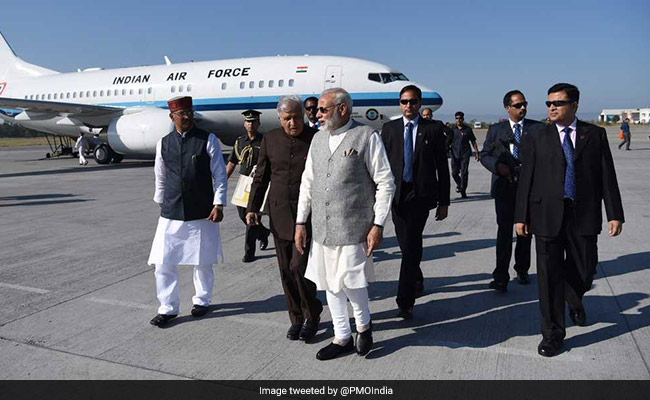 Pilgrims from across the country and other nations make their way from west to east -- from Yamunotri to Gangotri, proceeding to Kedarnath and ending their pilgrimage in Badrinath, traditionally.

Promoted
Listen to the latest songs, only on JioSaavn.com
The shrines in Gangotri and Yamunotri, the source of the Ganga and the Yamuna rivers, opened in April this year. While the Gangotri shrine closed today, Yamnotri and Kedarnath will close tomorrow.

On Dussehra, the closing date for Badrinath was announced as November 19. The gates of Madhyamaheshwar and Tungnath will close on November 22 and October 27, respectively, officially ending the Chardham pilgrimage for 2017.