In Goa, Part Of Tunnel Collapses After Heavy Rain, Many Trains Diverted

A number of trains on the Konkan Railway route had to be diverted after portion of a tunnel collapses in Goa. No one has been injured. 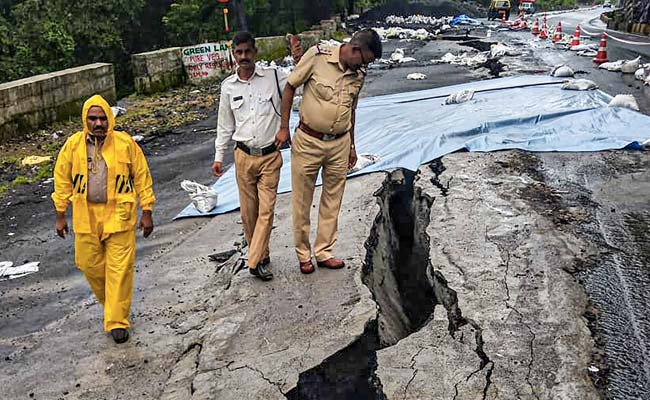 Crack appeared on NH-48 after a landslide due to heavy rain in Belgaum, Karnataka

A five-metre portion of a tunnel wall at Pernem in Goa collapsed early on Thursday due to heavy rain. A number of trains on the Konkan Railway route had to be diverted via Londa in neighbouring Karnataka, an official said.

No one has been injured and work to restore the track is underway, Konkan Railway Corporation Limited (KRCL) spokesman Baban Ghatge said.

The traffic in this section has been suspended until further advice, KRCL officials told the media. Hence, trains in the section have been diverted via Londa, Mr Ghatge said, adding that no train has been cancelled.

Goa is seeing incessant rain since the last five days and some low lying areas have been facing a flood-like situation.