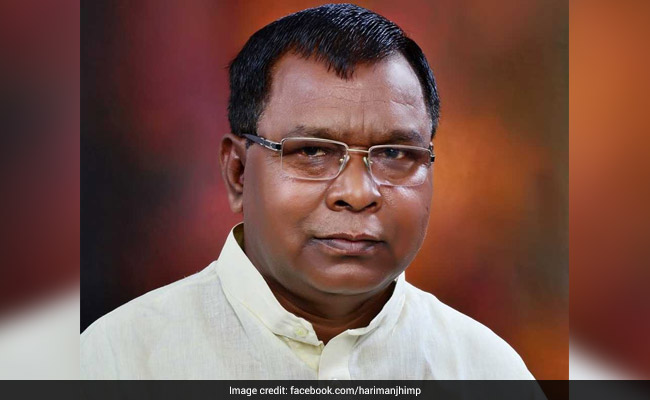 Gaya/Patna: A BJP lawmaker's son and his friend, arrested for consuming alcohol in Gaya, Bihar, a dry state, were produced in a city court and sent to the Gaya Central Jail under judicial custody today.

Mr Manjhi, however, accused the police of falsely implicating his son in the liquor case.

"I had informed the deputy inspector general of police of Magadh Range (Vinay Kumar) about illegal liquor trade in and around Nama village with the help of police... the police, instead of acting on my information, falsely implicated my son," Mr Manjhi, a second-term BJP Lok Sabha member from Gaya (reserved) seat, told PTI.

The arrest of the BJP MP's son under the stringent anti-liquor law drew sharp comment from opponent RJD as the BJP is a coalition partner in the Nitish Kumar government.

"There is a 'natak' (drama) going on in the name of prohibition in the state. There is no ban at all which is evident from the fact that people are using and consuming liquor openly without the fear of prohibition law," senior Bihar RJD leader and MLA Bhai Virendra told PTI.

Reacting to senior RJD leader Shivanand Tiwary's statement that Rahul Manjhi has been arrested because of being a Dalit, Mr Kumar said the law is not applied as per the caste or creed of its violaters. It is applicable to everyone who violates it.

Promoted
Listen to the latest songs, only on JioSaavn.com
Bihar has been under total prohibition since April 5, 2016.

Reports say that as Bihar completed two years of ban on country liquor on April 5 last, over 1.15 lakh people have been arrested for violating the liquor ban. Over 23 lakh litres of IMFL (Indian made foreign liquor) and country liquor has so far been seized.