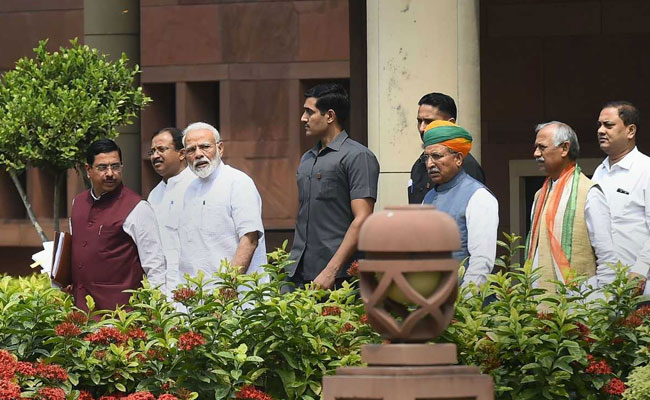 Prime Minister Narendra Modi advised BJP parliamentarians to "attend parliament regularly" and focus on their constituencies in the first of a series of meetings in the backdrop of controversies involving party lawmakers like Akash Vijayvargiya, Pragya Thakur and Sunny Deol.

On Wednesday, the Prime Minister met the first lot of BJP lawmakers at his home and reportedly told them: work for the people, attend parliament regularly and give a lot of time to their constituencies.

PM Modi will have a session with another group of MPs, who belong to the Scheduled Castes, today. The meeting is significant after Union Minister Thawar Chand Gehlot criticised his own party government in Uttar Pradesh over a recent order by Chief Minister Yogi Adityanath to include 17 Other Backward Classes (OBC) in the Scheduled Castes category to enable them to draw quota benefits.

The move, widely linked to upcoming bypolls in Uttar Pradesh, is "unconstitutional", Mr Gehlot said in parliament earlier this week. 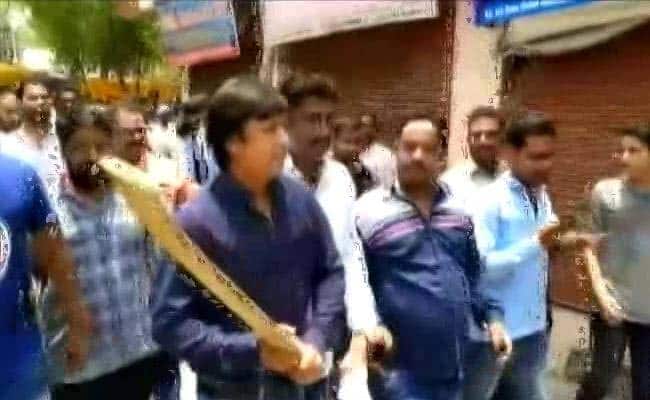 In recent times, the antics of lawmakers like Akash Vijayvargiya - a first-time legislator in Madhya Pradesh - and debutant parliamentarian Pragya Thakur, an accused in the 2008 Malegaon blasts, have upset PM Modi.

At a meeting on Tuesday, PM Modi strongly disapproved of Akash Vijayvargiya, the son of party veteran Kailash Vijayvargiya, who assaulted an official with a cricket bat last week and later defiantly described as "aavedan, nivedan, danadan (first request, then action)".

"What kind of language is this," a furious PM reportedly said, asserting that such leaders should be expelled, "no matter whose son".

First-time parliamentarians like actor Sunny Deol could use PM Modi's advice on regular attendance and looking after constituencies.

Sunny Deol has been criticized for appointing a "representative" to attend meetings and take care of issues in his constituency Gurdaspur. The actor clarified later that he had only asked his aide to fill in when he was not around.