In Bihar, People Polish Shoes To Raise Funds For Encephalitis-Affected 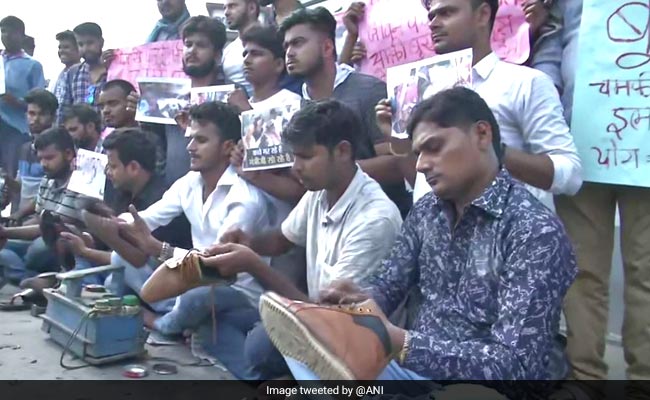 Over 100 people have died in Muzaffarpur district due to Acute Encephalitis.

"Crores are being spent on Yoga Day celebrations across the country, but there are no sufficient number of beds, medicine, electricity or proper infrastructure facilities in the state-run hospital in Muzaffarpur,"  Manish Yadav, Vice President of Jan Adhikar Chhatra Parishad, told news agency ANI.

Instead of addressing the issue, politicians are busy branding themselves, he added.

"It will be a black day for the families of those children who lost their life due to Acute Encephalitis in Bihar. We will acquire whatever we get after polishing shoes and give it for the treatment of children," he said.

This comes after over 100 people died in Muzaffarpur district due to Acute Encephalitis.

Per official data, the number of deaths in government-run Sri Krishna Medical College and Hospital (SKMCH) has touched 108 while 20 children died at Kejriwal hospital in the district due to the vector-borne disease.

The Acute Encephalitis Syndrome is a viral disease that causes flu-like symptoms like high fever, vomiting and in extreme cases, brain dysfunction, seizure, and inflammation of heart and kidney.