In Arvind Kejriwal vs Lt Governor, A New Flashpoint Over Files

Sources in the AAP government alleged that Lt Governor VK Saxena is "acting like a headmaster of a primary school" and added that he is "unfit" for the post. 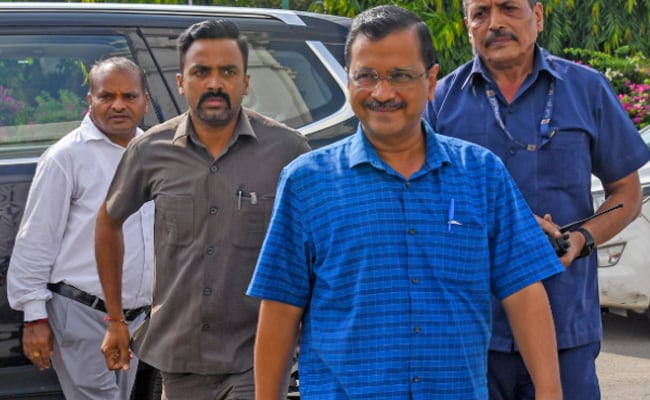 No official response was available from the Delhi government in the matter.

The Delhi Lieutenant Governor's office has returned 47 files signed by the Chief Minister's Office staff instead of Chief Minister Arvind Kejriwal, a move that is likely to intensify the tussle between the two constitutional authorities in the capital, sources said on Saturday.

No official response was available from the Delhi government in the matter.

However, sources in the Aam Aadmi Party (AAP) government alleged that Lt Governor VK Saxena is "acting like a headmaster of a primary school" and added that he is "unfit" for the post.

The move came nearly a week after Mr Saxena wrote to Mr Kejriwal, pointing out that the Chief Minister's Office (CMO) was forwarding files seeking opinions and approvals to the Lt Governor's Secretariat without his signatures.

They claimed that the Chief Minister's Office continued to send files not signed by the chief minister, despite the Lt Governor flagging the issue.

Mr Saxena had flagged the issue in his letter to Mr Kejriwal on August 22, stressing on the Chief Minister's signature on the files sent by the Chief Minister's Office for seeking his approvals and opinions in the interest of smooth and effective governance, the sources said.

"In the recent months, a significant number of proposals, as a matter of routine, have been submitted by the Chief Minister's Office for the Lt Governor's approval or opinion through the joint secretary or the additional secretary, with the remarks 'Hon'ble chief minister has seen and approved the proposal', without specifying any grounds of urgency warranting such a communication," the Lt Governor had said.

He had also asked Mr Kejriwal to introduce the e-office system, implemented in most government offices, so as to enable a seamless movement of files.

The latest development comes amid a tussle between the AAP government and the Lt Governor's office over various issues.

A Central Bureau of Investigation (CBI) probe recommended by Mr Saxena into the city government's excise policy has already become a flashpoint between the AAP and the Bharatiya Janata Party (BJP).

The Lt Governor had, in his letter, cited a provision of the Manual of Office Procedure, 2022 that said in rare and urgent cases, when a minister is sick or travelling, his approval can be taken telephonically and communicated by his private secretary in writing.

However, the minister has to confirm his decision after joining work.

The Lt Governor had flagged the issue, saying the "practice" of submission of files on a routine basis with signatures of Chief Minister's Office officials needs to be avoided.

In the absence of the Chief Minister's signature, it is not clear whether the proposal has been seen and approved by him or not, he had said in the letter.

The handling or receipt of files by the joint or additional secretary at the Chief Minister's Office constrained the Lt Governor's office to communicate Mr Saxena's decision to those officials, it had said.

The sources in the Lt Governor's office said files were duly signed by Chief Ministers prior to 2013.

Since assuming office, Mr Saxena has alleged various discrepancies in the functioning of the Delhi government. The AAP in turn has accused him of working on the directions of the BJP-led Centre to derail its development projects.