According to police, the grenade was hurled towards the stage where Sukhdev Kumar was holding the congregation. 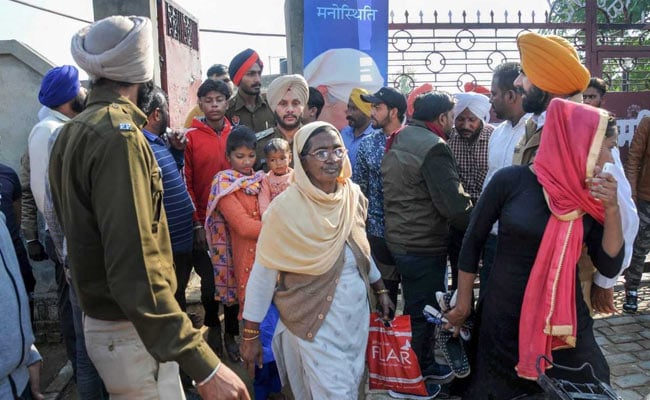 The grenade was lobbed by two turbaned motorcycle-borne persons

Main preacher Sukhdev Kumar was among the three persons killed in a grenade attack on a religious congregation here Sunday, an incident which the police are treating as a "terrorist act".

According to police, the grenade was hurled towards the stage where Mr Kumar was holding the congregation.

Although the people who attended the congregation said the preacher may have been the target of the assailants as the grenade was thrown near the dais where he was addressing the gathering, police dismissed the suggestion.

Inspector General of Police, S S Parmar said it looked unlikely that the preacher in particular was the target.

He said the force will soon come out with more facts as various investigating teams were working on the case.

It is, however, learnt that the police have deployed tight security around the house of Mr Kumar, a resident of Meerakot village, just two kilometres away from the incident site.

Three persons were killed and 20 injured in the attack which took place inside the Nirankari Bhavan at Adliwal village near Amritsar's Rajasansi, police said.

A religious congregation of the Nirankaris was being conducted inside the Nirankari Bhavan at the time of the incident. The Sant Nirankari Mission is a spiritual organisation and the Bhavan lies close to the international airport.

The grenade was lobbed by two turbaned motorcycle-borne persons. They also had their faces covered. Director General of Police Suresh Arora, who had rushed to the spot along with senior police officers, told reporters that the police were treating it as a terrorist act.