In A First, Social Media Code Of Conduct Issued For Gujarat Cops

The strict guidelines were issued against the backdrop of an online campaign for pay hike of police personnel in the state which evoked a huge response on platforms like Facebook and Twitter. 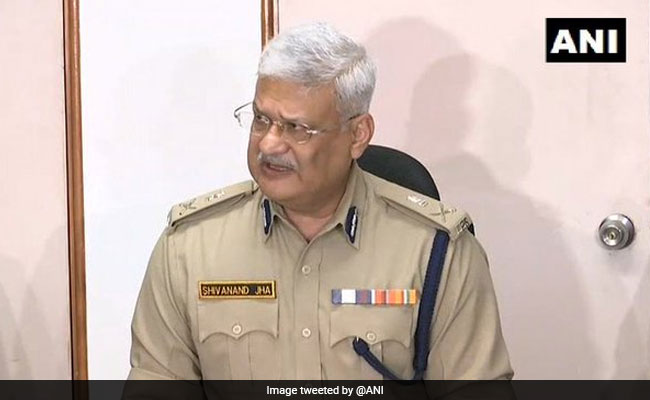 Police personnel and officers in Gujarat have been directed not to express their political views or be part of any anti-government drive on internet under a first-ever "code of conduct" issued by senior police official Shivanand Jha.

The strict guidelines were issued against the backdrop of an online campaign for pay hike of police personnel in the state which evoked a huge response on platforms like Facebook and Twitter.

Though police personnel are prohibited from printing or publishing any material against the state under existing laws, this is for the first time that such a detailed code of conduct has been issued for them regarding the use of social media.

Meanwhile, a case has been registered against three persons in Gandhinagar for misleading police personnel to participate in a "violent agitation" for pay hike, Mr Jha said on Tuesday.

"Three persons have been detained for misleading policemen at a time when the state and police force are involved in the fight against coronavirus pandemic," he told reporters.

The trio-- Kamlesh Solanki, Bhojabhai Bharwad and Hasmukh Saxena, will be arrested after questioning, the top cop said.

People behind such online campaigns will be dealt with strictly as per law, he said.

Mr Jha said police personnel participating in such campaigns will have to face action.

As per the new norms, policemen and officers should not air any political statements or opinions on social media as they should be apolitical. They cannot be part of any groups or forums that are formed with intentions to promote or agitate for a cause of a religion, caste, creed or sub-caste, it said.

An exception has been made for intelligence officers provided they have taken a prior permission of their seniors.

No posts criticising the government or police force regarding any service matters should be posted on social media platforms, the code of conduct said.

Similarly, any complaint regarding service matters should not be made online, the guidelines said and barred police personnel from expressing their personal views.

Policemen have also been advised not to make anything public on social media which is against the national interest or is related to ongoing investigations or future operations, it said.

Only those who are authorised to give information on social media will do so, as per the code of conduct.

Police personnel, including officers, have also been advised not to use government resources like Internet to join social media. They cannot use social media while on duty.

If a policeman is using social media for private purpose then he will have to clarify that he is doing so in his personal capacity and not as a personnel of Gujarat police department, it said.

The code of conduct also directs police personnel and officers to use decent language on social media and not to resort to cyber bullying or to harass people.

DGP Jha has warned of strict legal and departmental action for non-compliance.