In A First, India To Be "Guest Of Honour" At Islamic Nations' Conclave

The two-day session will see the participation of 56 member states and five observer states. The MEA, on receiving the invite, called it "a welcome recognition by OIC." 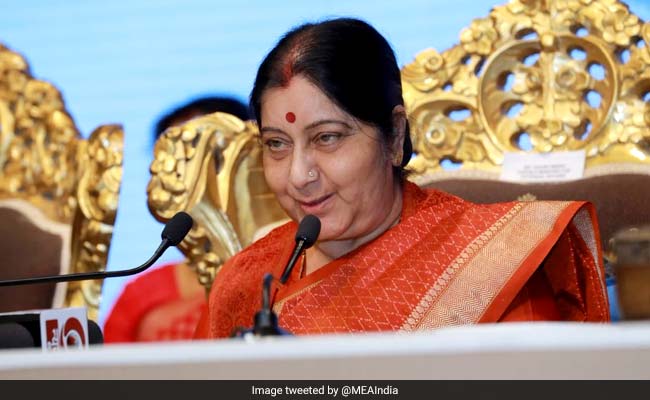 Sushma Swaraj is invited for the for the Inaugural Plenary in Abu Dhabi. (File)

India has, for the first time, received an invite as the "guest of honor" to the foreign ministers' conclave of Organisation of Islamic Cooperation or OIC, a powerful organisation of Muslim majority-nations, according to the Ministry of External Affairs (MEA). External Affairs Minister Sushma Swaraj is to attend the council meet in Abu Dhabi on March 1.

The two-day session will see the participation of 56 member states and five observer states. The MEA, on receiving the invite, called it "a welcome recognition by OIC."

According to a statement by United Arab Emirates, foreign ministers will discuss a range of issues regarding peace and stability in the Muslim world. "The friendly country of India has been named as the guest of honour in view of its great global political stature as well as its time-honoured and deeply rooted cultural and historical legacy, and its important Islamic component," the statement read.

It is the first time that India has been invited to a meeting of the OIC as a guest of honor, reports Press Trust of India quoting sources.

The invite comes amid global pressure on Pakistan to rein in terror groups operating from its soil following the Pulwama terror attack in which Pakistan-based Jaish-e-Mohammed killed over 40 CRPF soldiers.

Earlier this week, the powerful UN Security Council comprising 15 nations, including Pakistan's key ally China, named JeM in a statement condemning in the "strongest terms" the "heinous and cowardly" terror attack executed by Pakistan-based JeM in Pulwama and stressed on the need to hold organisers and financiers of such "reprehensible acts" accountable and bring them to justice.

The OIC has known to have often sided with Islamabad on the Kashmir issue.

The MEA, in a statement said, Foreign Minister of United Arab Emirates Sheikh Abdullah bin Zayed Al Nahyan invited Swaraj as the ''guest of honour'' to address the inaugural plenary and that India was happy to accept the invitation.

"We see this invitation as the desire of the enlightened leadership of the UAE to go beyond our rapidly growing close bilateral ties and forge a true multifaceted partnership at the multilateral and international level," the MEA said in a release.