The Manipur forest, now called Punshilok forest, is home to 250 species of plants and 25 species of bamboo. 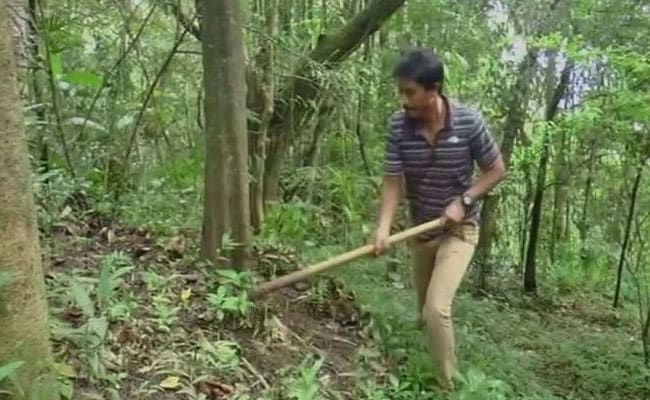 A Manipur man quit his job and dedicated 18 years of his life for the environment. He worked on a 300-acre forest in the Langol hill-range and brought it back to life.

Moirangthem Loiya, who comes from Imphal, said huge trees and jungles fascinated him since his childhood.

"After I completed my college and returned home, I found that the entire forest in my area was gone and only small plants of peas were there. I was very shocked and upset. This led me to do something for the environment," said Moirangthem Loiya.

The forest, now called Punshilok forest, is home to 250 species of plants and 25 species of bamboo is grown here, he said.

"It is also home to a variety of birds, snakes and wild animals," he added.

Mr Loiya said that during the re-plantation drive, it was a challenge to stop attempts of hunters and firewood collectors but with time they were able to overcome it.

"I had a hard time making people understand the disadvantages of cutting trees. Some people would also come here for hunting different species. But thankfully all this was resolved with time", he said.

His efforts and its results have won him appreciation from the authorities.

Principal Chief Conservator of Forest, Kereilhouvi Angami said, "We appreciate his efforts. We welcome all those who protect the environment and are engaged in reforestation. We would encourage others also to take part in protection, revival and re-forestation of forests".

He has now formed a small group with the help of friends and volunteers and wants to expand the forest cover.

No Bail For Aryan Khan In Drugs-On-Cruise Case, Next Stop High Court