A directive issued by the Director General of National Mission for Clean Ganga said no idol immersion should be allowed in Ganga and its tributaries. 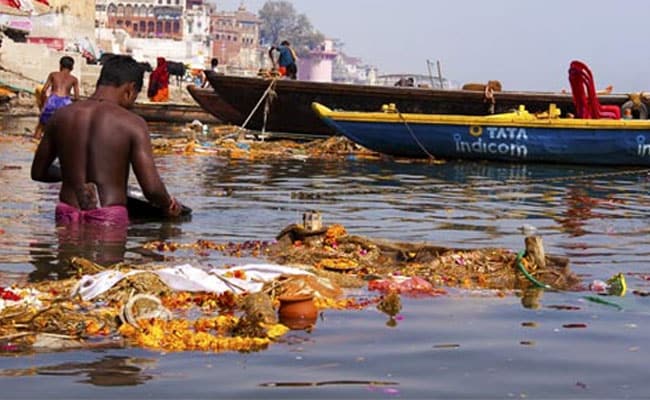 The new order forbids idol immersion and disposal of puja material in Ganga.

The Centre has issued a 15-point directive to states, asking them to make elaborate arrangements to check pollution in Ganga and its tributaries during the festive season, including immersion of idols which will now attract a fine of Rs 50,000.

A directive dated September 16, issued by Director General of National Mission for Clean Ganga Rajiv Ranjan Mishra said no idol immersion should be allowed in Ganga and its tributaries.

It has also asked state government officials to submit a report within seven days after the end of festivals like Ganesh Chaturthi, Vishwakarma Puja, Dussehra, Deepawali, Chath Puja and Saraswati Puja.

"Rs 50,000 must be deposited with state pollution control boards by those found violating the order," the directive said.

"River banks and ghats should be cordoned off and barricaded to prevent any stray immersion of idols in the rivers or its banks. Adequate arrangements should be made for designated idol immersion sites within the municipal area or bank of river Ganga and its tributaries by constructing temporary confined ponds with removable synthetic liners at the bottom, the directive said.

The National Mission for Clean Ganga had held a meeting with the officials of Uttarakhand, Jharkhand, Bihar and West Bengal on September 12, and urged them for strict implementation related to immersion of idols and disposal of puja material into river Ganga and its tributaries.