"The clampdown had had a huge cost and Jammu and Kashmir is grappling with an economic, psychological and emotional crisis," Iltija Mufti said. 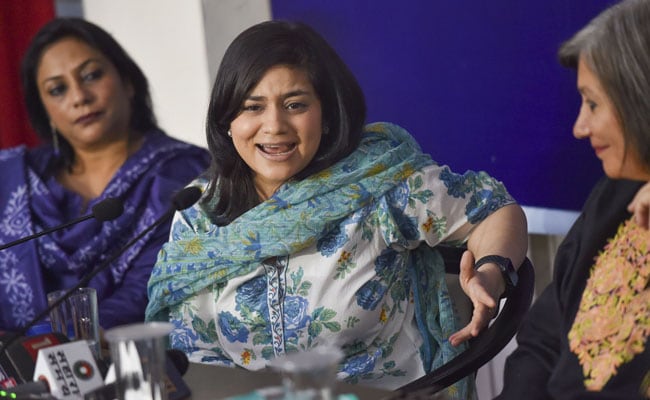 Ever since the centre scrapped Jammu and Kashmir's special status, the region has grappled with an economic, psychological and emotional crisis, Former Chief Minister Mehbooba Mufti's daughter Iltija said on Tuesday.

Speaking at a press conference in Delhi, Iltija Mufti said Article 370 was Kashmir's "emotional connect" with the rest of India and its scrapping has come at a great cost.

"I am talking not just as Mehbooba Mufti's daughter, but also as an anguished Kashmiri. We all know what has been happening since Article 370 was abrogated. It was an emotional connect for Kashmiris with the rest of the country. The clampdown had had a huge cost and Jammu and Kashmir is grappling with an economic, psychological and emotional crisis," she said.

She alleged the centre was "spreading misinformation" about the condition of Kashmiris.

"I really think the government is indulging in propaganda and spreading misinformation. The rest of the country and the envoys who visited Kashmir were told that we enjoy equal rights but in reality you can't even use VPN in Kashmir right now. I have respect for the Prime Minister but I feel very sad that he is being misled. What rights do Kashmiris have right now?" she asked.

Talking about the exodus of Kashmiri Pandits from the Valley in 1989, Iltija Mufti said what happened was extremely painful but there was no bad blood between the Hindu and Muslim communities in Kashmir.

"People think that Kashmiri Pandits and Kashmiri Muslims are at each other's throat but that is not the case," she said, while "publicly apologising" for the exodus.

Admitting that Kashmiri people were angry with local leaders, she said they were more upset with the centre.

"When you talk about politicians in Kashmir being discredited, you are 200 per cent right. But, that's not something that the rest of the country should be celebrating because Kashmiris are telling the politicians look you sided with India and what did you get?''

"They are saying so because there is a sense of alienation...but they are more upset with this government. If today Amit Shah can roam about freely in the state, then I will salute him because today every Kashmiri feels that it is he who spearheaded this operation," she said.

"The need of the hour is to retain what this country stands for...In today's India, where so much toxicity is being spread, there should be a single holy book which should be the Constitution, and we need to uphold the principles and values enshrined in this holy book," she said.