Saifuddin Soz on Monday claimed that leader of Independent India, Sardar Vallabhbhai Patel, had offered Kashmir to Pakistan in exchange of Hyderabad. 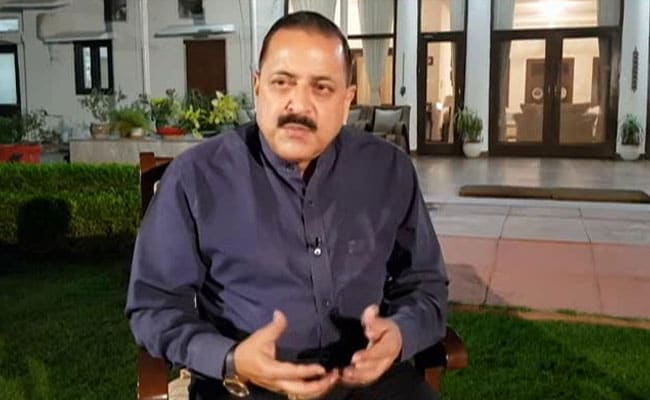 Jitendra Singh added that "Nehru had a special affinity for Sheikh Abdullah. (File)

Minister of State (MoS) in the Prime Minister's Office Jitendra Singh criticised senior Congress leader Saifuddin Soz and said the history of India would have been different if former Prime Minister Jawaharlal Nehru would have allowed Sardar Vallabhbhai Patel to handle Jammu and Kashmir freely.

Saifuddin Soz on Monday claimed that leader of Independent India, Sardar Vallabhbhai Patel, had offered Kashmir to Pakistan in exchange of Hyderabad.

However, Jitendra Singh said the "fact of history is just the contrary".

"The truth is that Sardar Patel was kept out of the affairs of Jammu and Kashmir, even though Patel was the Home Minister. If only PM Nehru would have allowed Home Minister Patel to handle the state with a free hand in the same manner in which he was handling other princely states of India, I am sure the history of the Indian sub continent would have been different," Mr Singh told ANI.

"Part of Jammu and Kashmir which today is under illegal occupation of Pak would've been a part of India. It's because Nehru believed that he knew Kashmir better than anyone else and therefore he didn't even allow his Home Minister to handle it the way he was handling the other states," Mr Singh added.

Mr Singh went on to add that "Nehru had a special affinity for (former Jammu and Kashmir Chief Minister) Sheikh Abdullah and therefore he got carried by the biases he was carrying."

Earlier while speaking at his book launch in the national capital, Saifuddin Soz said, "Sardar Patel was a pragmatist and offered Kashmir to Liaquat Ali Khan (then Pak PM). He told him 'don't talk of Hyderabad, talk Kashmir; take Kashmir but don't talk of Hyderabad' as Khan was preparing for war and Patel wasn't."