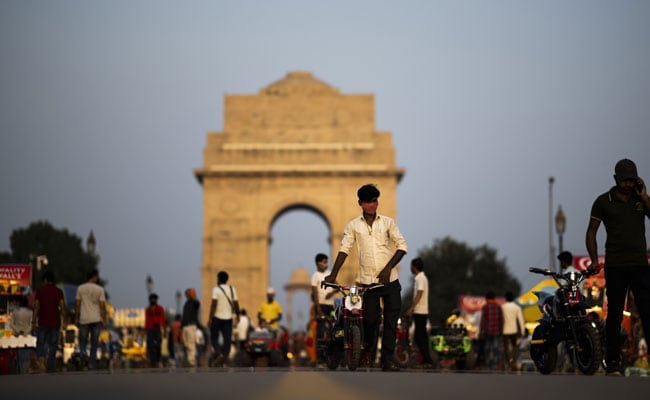 Over the last few days, Delhi has reported a record daily spike in coronavirus cases (File)

A third spike in COVID-19 cases has come now in Delhi which is showing more cases than before, with factors like pollution, cold weather and festivals playing a major role in the rise of the infections, the ICMR said on Tuesday.

Over the last few days, Delhi has reported a record daily spike in coronavirus cases. The national capital reported its biggest single-day jump of 7,745 cases on Sunday, taking its tally to 4,38,529.

Responding to a question at a press briefing on the increasing number of cases in Delhi, Indian Council of Medical Research Director General Balram Bhargava said factors such as pollution, cold weather, festivals, wedding season, apart from travels in Delhi-NCR are leading to gatherings, which is resulting in spike in COVID-19 cases.

"A third spike has come now in Delhi after the first two spikes in June and September, which is showing more cases than before," he added.

When asked whether Delhi has reached the stage of community transmission and if cases would increase during the festivals, Health Secretary Rajesh Bhushan said at the time of festivals or marriages when people gather and do not follow COVID-19 appropriate behaviour, there are chances of the spread of the infection.

"Discussion on community transmission is quite often informed by less than adequate information and facts. It should rather be based on science and facts," he said.

A high-level expert committee led by NITI Aayog member VK Paul had recently pointed out that hospitals in Delhi should prepare for 15,000 daily cases owing to a spike in respiratory illnesses with winter setting in along with COVID-19 cases.

Mr Bhushan, however, said the figure of 15,000 is an estimate and not a definitive figure.

"We drew the attention of the administration that testing should not only be done in large numbers but also must be targeted, which means those places where there is a potential for the spread of the infection like markets, work places, factories or places where religious gatherings are held testing must be done and the Delhi government has started such testing," he said.

"Last week, there have been more than 7,000 cases per day but in the last 24 hours over 5,000 cases were reported so there is some decline but we have to see if this trend stays for long," he added.