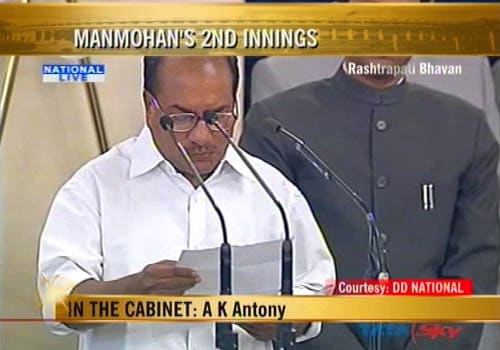 The Sukhoi crash on April 30 in Rajasthan on Wednesday caused an uproar in the Rajya Sabha, forcing Defence Minister A K Antony to come out in favour of the air superiority of the IAF's fighter jet.

As his deputy, M M Pallam Raju, was replying to supplementaries, Antony said, "The Indian Air Force feels Sukhoi - one of the most advanced fighter aircraft in the world - is best suited for Indian conditions. IAF is very happy with these aircraft."

Members had wanted to know from the Minister if the crash "was a case of a wrong pilot in a right plane" and if "the pilots reported a malfunction."

Raju told the House that the blackbox of the crashed Sukhoi was badly damaged and has been sent to the UK for retrieving information.

The Court of Inquiry ordered into the mishap would look into the possible reasons for the crash including probability of malfunctioning of some equipment, he added, without ruling out "technical failure" of the aircraft.

On his part, Antony added that the government planned to more than double the number of Sukhoi fleet strength to 230 by 2015. "By 2015, we plan to have a fleet of 230 Sukhoi fighter
aircraft," he said.