"I'm Only Worried About Economy": P Chidambaram Before Leaving For Jail

P Chidambaram had offered to surrender before the Enforcement Directorate, but the judge did not accept. 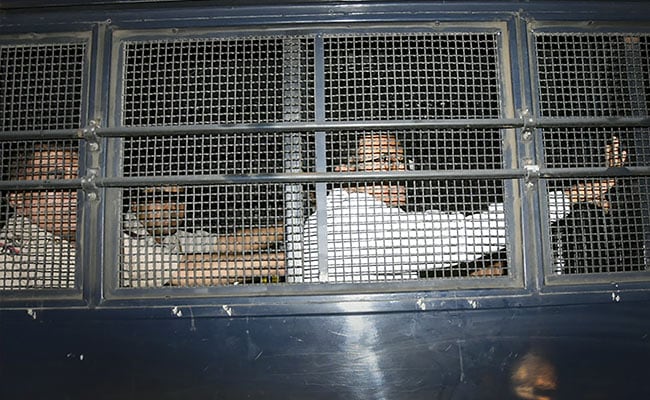 P Chidambaram had been in the CBI custody for the last 15 days.

Former Union Minister P Chidambaram, before leaving for Tihar jail on Thursday evening, had a parting shot for the government. "I'm only worried about the economy," said the former finance minister, in a reprise of his dig at the government earlier this week with the "5 per cent" remark.

The comment came minutes after Special judge Ajay Kumar Kuhar declared the former minister will have to go to Tihar jail till September 19 in the INX Media case. Amid the confusion over which agency will transport him, Mr Chidambaram had a quick aside with reporters.

On Tuesday, after Mr Chidambaram's custody with the Central Bureau of Investigation was extended, asked if he wanted to say anything, the former minister said "5 per cent", holding up his hand to convey the number.

"You know what is 5 per cent? You remember 5 per cent," he said over his shoulder at the reporter, who called out, "GDP?"

It was a dig at the government on the economic slowdown, the figure indicating a GDP crash was made public days before.

The Congress, which has also been attacking the government on the economy, tweeted: "Those with the power of truth have the strength to fight any injustice".

The former minister's efforts to stay out of jail crashed. The judge even turned down his offer to surrender before the Enforcement Directorate.

The CBI had argued that Mr Chidambaram being an influential person, foreign banks can still be convinced not to release investigation to the investigators.

Mr Chidambaram's legal team had countered, saying since the case was based on documentary evidence, there was no question of tampering or influencing it.

The CBI has accused Mr Chidambaram of facilitating a huge infusion of foreign funds into the television company INX Media in 2007, when he was Finance Minister, at the behest of his son Karti Chidambaram, who allegedly received kickbacks for his role.