Hyderabad Woman's Suicide Allegedly After Fight With Husband Over Blouse

Vijayalakshmi, 35, was found dead in her bedroom at their home in Hyderabad's Amberpet 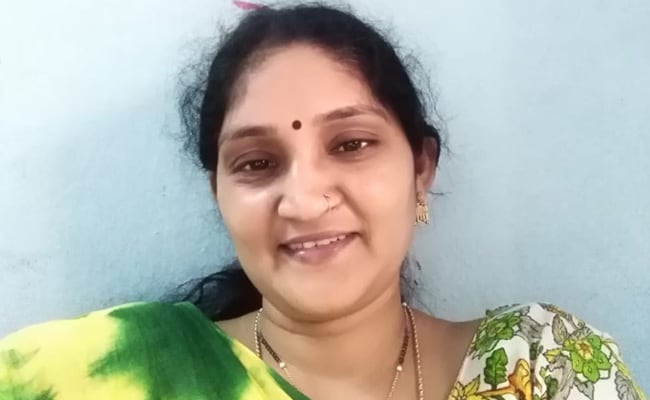 Police said they have registered a case and are investigating further. (Representational)

A woman has died by suicide in Hyderabad reportedly because she was upset that her husband, a tailor, did not stitch a blouse to her liking.

Thirty-five-year old Vijayalakshmi was found dead in her bedroom after she had quarreled with her husband over the blouse he stitched for her, it is learnt.

Vijayalakshmi had been living with husband Srinivas and their two school-going children at Golnaka Thirumala Nagar at Amberpet area in Hyderabad.

Srinivas makes a livelihood by selling saris and blouse material by going door to door and tailoring clothes at home. He reportedly stitched a blouse for Vijayalakshmi yesterday, but she did not like it and the couple had an argument over this.

Vijayalakshmi reportedly wanted Srinivas to restitch the blouse but he refused. This offended Vijayalakshmi.

Later, when the children returned home from school, they found the bedroom door shut. They kept knocking but there was no response.

Instead, he removed the stitches of the blouse and gave it to her, asking her to stitch it to her liking. This offended Vijayalakshmi and she locked herself in their bedroom.

Later, when the children returned home from school, they opened the bedroom door and she was found hanging dead inside.

When Srinivas was informed, he rushed back home and found the door bolted from the inside. After repeated knocks were met with no response, Srinivas forcibly opened the door. Vijayalakshmi was dead by then.

Amberpet Inspector P.Sudhakar said the husband had informed them that even in the past his wife had locked herself in when she was upset, so he did not suspect anything and left her alone to cool off.

A case of suspicious death has been booked as the 36-year-old woman has not left a suicide note.

Local residents immediately informed the police who rushed to the spot. Police said they have registered a case in this connection and are investigating the matter further.