The woman alleged that her daughter was trafficked to Oman by a local agent on the pretext of giving her employment. 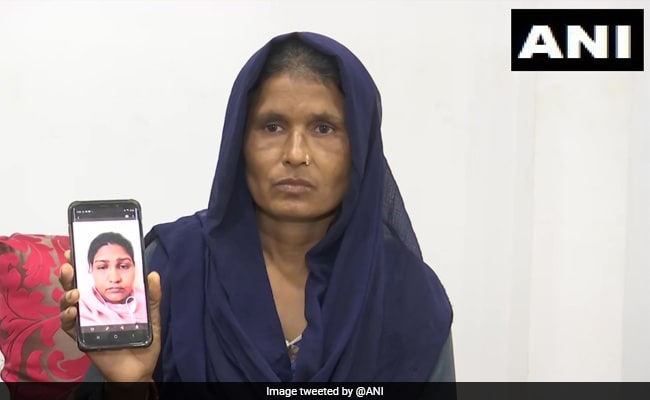 "Fed up with the torture Nushrath Begum approached the Indian Embassy in Oman," the mother said

A woman on Monday said that her daughter who was allegedly trafficked to Oman has approached the Indian Embassy in the city and the central government must ensure her safe return to India.

The woman alleged that her daughter was trafficked to Oman by a local agent on the pretext of giving her employment. She has requested the central government and Indian Embassy in Oman to ensure the safe return of her daughter to India.

"I along with my family reside in Falaknuma area of Hyderabad where a local agent approached my daughter Nushrath and offered her a job of a beautician in Oman. The agent took Rs two lakh from us and sent Nushrath to Muscat in Oman on October 19, 2019," said Bibi Fatima, mother of victim Nushrath Begum while talking to news agency ANI.

"However she was employed as a housemaid in a local residence. Later, they shifted her to another employer's residence. She faced lots of problems there and her employer misbehaved with her. Fed up with the torture, Nushrath ran away from his residence and approached the Indian Embassy in Oman," she said.

"There are now more than 50 rescued women in the Indian Embassy who are waiting to return back to India. I request central government and the Indian embassy in Oman to ensure Nushrath's safe return," she added.