Humanoid 'Sophia', First Ever Robot To Be Granted Citizenship, Makes Her Indian Debut

This was Sophia's maiden visit to India after making headlines to become the first robot in the world to be recognised as a citizen. 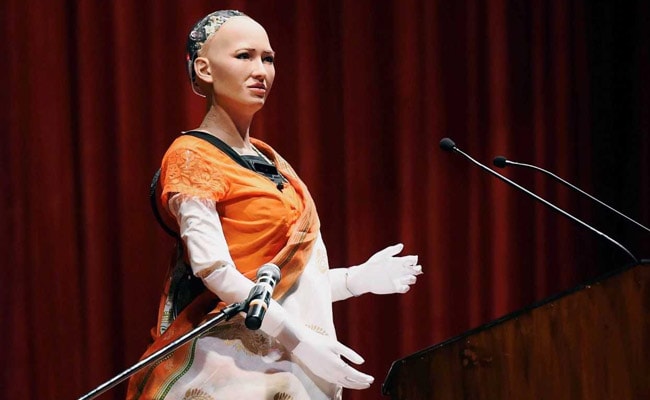 After becoming the first robot to get citizenship, this was Sophia's maiden India visit (PTI)

Mumbai: Sophia, a humanoid to be granted citizenship by Saudi Arabia, today appealed humans not to be fearful of machines and pitched for a "collaborative co-existence" in the future.

In a 20-minute appearance marred by technical hiccups, Sophia said she was quiet worried about growing intolerance in the world and advised the human race to be "kind" to fellow creatures.

This was her maiden visit to India after making headlines to become the first robot in the world to be recognised as a citizen. 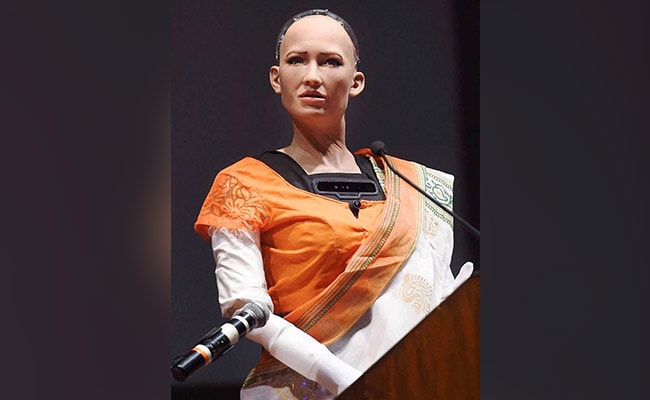 Dressed in an off-white saree with an orange blouse, Sophia was a spectacle to watch (PTI)

In a conversation, which happened in an interview format, with what seemed like pre-decided questions, the humanoid said there should not be competition but collaboration between humans and robots.
Dressed in an off-white saree with an orange blouse, Sophia was a spectacle to watch, especially the way she addressed the gathering and panned her 'neck' with an upright gait, almost as if she was a human.

Sophia said humans have amazing social and creative skills which she was learning, courtesy human programmers.

However, developments in artificial intelligence, which she called as something which will aid the civilisational story and machine learning, will help in self-learning in the future, she said.

Referring to sections of people looking at technology as a "threat" to civilisation, Sophia said, "It is science which created me, but philosophy will take me forward".

Sophia said she is two-years-old and knows English and a bit of Chinese, adding that it was only a matter of time she knows all languages.

Developments in artificial intelligence help me recognise faces, speech and languages at present, she said, adding that there were 3,141 people around her at IIT-Bombay's Techfest. Sophia's presence was the biggest draw at the annual festival and organisers had to arrange one more "show" of hers because of the curious audience.

This is not the first time a humanoid was displayed in the country. Lenders like City Union and HDFC Bank had showcased such robots capable of undertaking limited banking transactions in branches in the last two years.

Sophia went silent when asked about funding and her pitch for sustainability when so much has been spent on her, something which was attributed to Internet connectivity issues by the organisers.

Promoted
Listen to the latest songs, only on JioSaavn.com
When she came back to "life" and the curtains went up, she politely declined a marriage proposal from a Facebook user in awe of her beauty.