In her two-page letter, the survivor said she was trafficked and sold to a city brothel where she spent six years in "hellish" conditions. 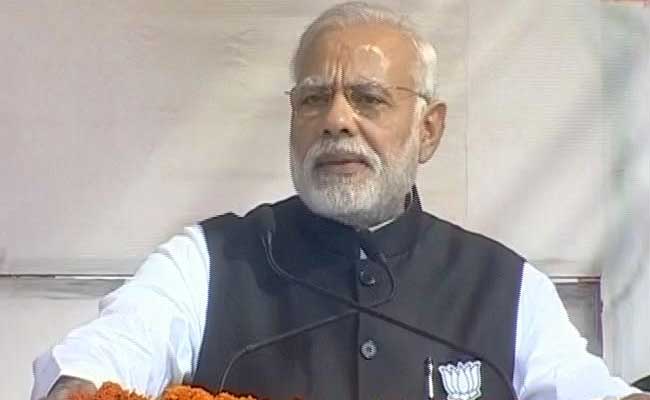 A human trafficking survivor shared her ordeal in a letter to PM Modi. (File photo)

New Delhi: A human trafficking survivor has written an emotional letter to Prime Minister Narendra Modi, narrating her ordeal when she was forced into flesh trade and urging him to rescue women like her.

The letter was handed over to Modi by chairperson of the Maharashtra State Commission for Women (MSCW) Vijaya Rahatkar yesterday. Ms Rahatkar met the prime minister in New Delhi and tied a rakhi on his wrist on the occasion of Raksha Bandhan.

In her two-page letter, the survivor said she was trafficked and sold to a city brothel where she spent six years in "hellish" conditions. "I was beaten up regularly and treated as worse than an animal. I had lost all hopes of coming out of the brothel and was sure to die there," she said.

However, the woman was lucky enough to be rescued from the "dark world" and is now living a dignified life. "A day came when the Mumbai Police, along with an NGO, rescued me from the dark world and gave me a new lease of life. I was rehabilitated and I'm now working in a garment outlet," her letter reads.

The woman requested the prime minister to ensure victims like her are rescued and properly rehabilitated. "On the day of Raksha Bandhan, I request you to please act as a saviour of your sisters who are still living hellish life in brothels."

Ms Rahatkar, who is also the national president of the BJP Mahila Morcha, said she is confident that the PMO would take cognisance of the letter and act on it.

"Our (MSCW) motto is to bring qualitative changes in the lives of distressed women. I am confident the PMO would take suitable action on it (the letter)," she said.
Comments
human traffickingnarendra modi