Noida: The fire broke out at thesubstation of the Noida Power Company Limited (NPCL) in Sector-148. 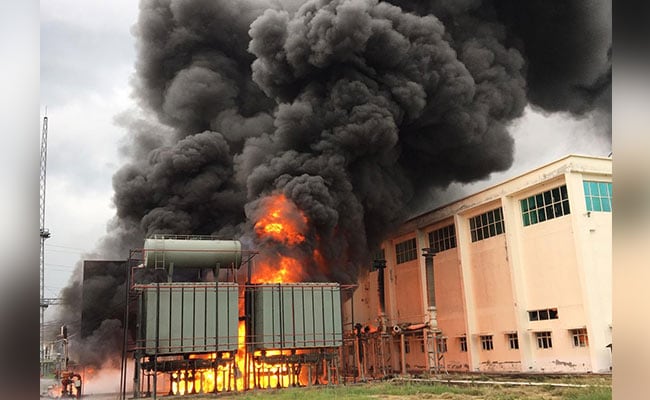 A massive fire has broken out in Noida near Delhi at a power substation. There are no reports of people being injured.

The fire broke out at the substation of the Noida Power Company Limited (NPCL) in Sector-148 amid rain. There are reports of blackouts in the area because the transformers are said to have been damaged in the blaze.

Several fire engines are at the spot and fire-fighting operations are on.

The fire, which broke out at around 8:30 AM, is yet to be brought under control. Huge plumes of thick black, smoke could be seen in Noida's skyline, kilometres away from where the blaze is.

The cause of the fire is yet to be known.