An Israel delegation had visited India this year to meet Prime Minister Narendra Modi and his Indian counterpart Ajit Doval. 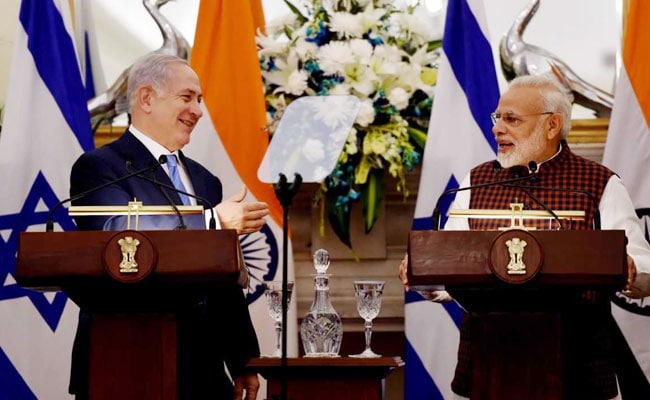 A delegation led by Israel's National Security Adviser lost classified documents related to weapons deals with India but in a stroke of luck they were recovered, thanks to a restaurant waiter's presence of mind, a media report said on Wednesday.

The Israeli NSA in those meetings also discussed about different weapons deals between the two countries, newspaper Haaretz reported.

An aide to Mr Shabbath had printed several documents related to possible weapons deal with India ahead of the trip, which reportedly also included classified information.

The delegation dined at a restaurant prior to boarding the plane and the aide who had printed the papers reportedly left them there.

However, a waiter at the restaurant found the documents after the delegation had left and contacted a friend whose mother works for the Israeli Embassy in India.

The waiter's friend flew to India and gave her mother the documents which she then passed on to the security officer of the embassy.

A probe carried out by the NSC found that the loss of documents had not inflicted damage on Israel's security, the report said.

NSC Chair, Yoav Horowitz, issued directives to launch a probe into the incident which drew conclusions that "no dangerous entities" were exposed to the contents of the documents.

Shabbat's aide was accused of losing the documents and was placed under warning, the report said.

"The incident was taken care of immediately, a security investigation was carried out and lessons were learned," the Israeli Prime Minister's Office told the daily.