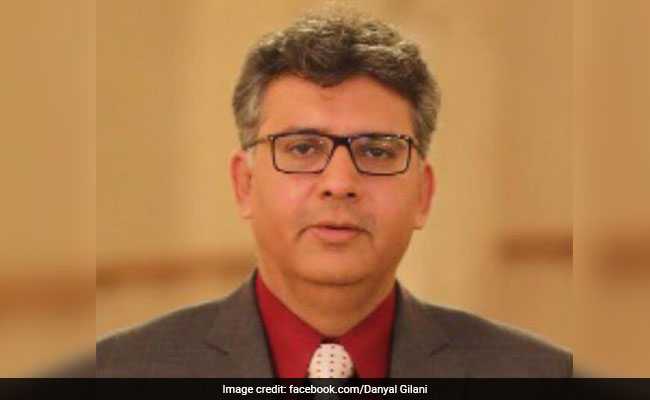 Visas for the Pakistani delegation that came to attend the funeral of former Prime Minister Atal Bihari Vajpayee in Delhi last week, were rushed through as a friendly gesture, intelligence officials have told NDTV. In the next 24 hours, Danyal Gilani -- brother of 26/11 Mumbai attack accused David Coleman Headley -- reached Delhi and attended not only the funeral, but also a meeting with foreign minister Sushma Swaraj.

The matter was noticed only after Danyal Gilani, a bureaucrat in the Pakistan government, tweeted about it. His tweet about the meeting with Ms Swaraj contained a video that showed Pakistani delegation meeting  Indian officials.

Danyal Gilani, officials in the foreign ministry said, had also visited India as a part of the Pakistan delegation invited during Prime Minister Narendra Modi's oath ceremony - as it appears, without anyone being wiser about his identity.

Mr Vajpayee had died last week on Thursday -- his funeral was held the next evening. Given the time crunch, Pakistan had handed over the names and as a friendly gesture, India had given out the visas at its embassy in Islamabad, sources said.

Government officials have pointed out that if Pakistan chooses to send Danyal Gilani as part of any delegation, India cannot object as he has not been declared a persona non grata in India and is not blacklisted. He has a clean record and no ties with his half-brother, officials said.

What has caught the government on the wrong foot is that Danyal Gilani came and left without anyone realizing that he is related to David Headley, the Pakistani-American terrorist jailed in the US over his role in the 26/11 Mumbai terror strike.

Arrested in 2009, David Headley had recceed various Indian cities before the 26/11 Mumbai attacks. He had testified before a court in Mumbai through video conferencing from his prison in the US during the trial of Mumbai attacks mastermind Abu Jundal.

So the choice of Danyal  Gilani has raised eyebrows in India, which repeatedly called out Pakistan on various world forums over its military establishment's support to terrorists.

Pakistan's new Prime Minister, cricketer-turned politician Imran Khan, has however, said that wanted peace with India and was ready "take two steps if India took one".