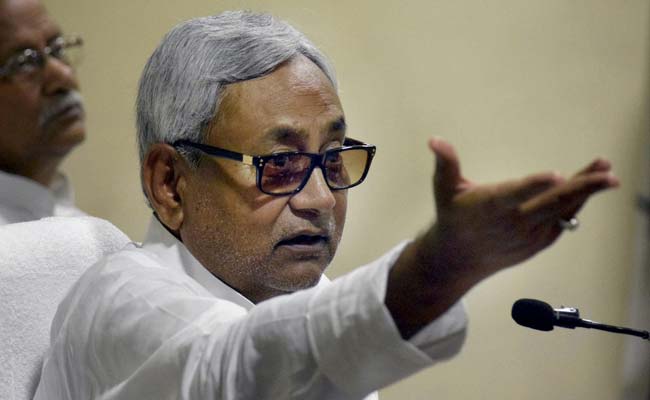 Ahead of today's Janata Parivar meeting in Delhi to arrive at an understanding over the alliance and its leadership for the Bihar polls, Janata Dal United chief Nitish Kumar met Congress vice president Rahul Gandhi.

His meeting with RJD chief Lalu Prasad and Samajwadi Party chief Mulayam Singh Yadav is scheduled for this afternoon.

"We have been supporting his government and Rahul and Nitish Kumar have met earlier too," said senor Congress leader Shakeel Ahmed. "It would be good if the secular votes don't get divided."

On April 15, six political parties -- including Janata Dal United, Rashtriya Janata Dal and the Samajwadi Party -- had announced a merger to revive the united Janata Party. Mulayam Singh Yadav was named the president of the merged entity.

But not much progress has been made since, as serious differences cropped up on the question of who will be the chief ministerial candidate between the RJD and JD(U).

While Lalu Prasad remained non-committal, his lieutenant Raghuvansh Prasad Singh made repeated statements about Mr Kumar being unacceptable for the post for his party.

As both parties toughened their stand, the Congress indicated that if the two failed to cobble out an alliance soon, it would prefer to back Mr Kumar for the elections, which are to be held around October.

The party arrived at this decision after Mr Gandhi met his state unit chief Ashok Choudhary at the end of May. The party had been supporting the state's JD(U) government since Mr Kumar parted company with the BJP in June 2013.

Last week, JD(U) chief Sharad Yadav declared that his party will contest the polls with RJD and the Congress. The unity, he said was "bound to happen", since it was the "need of the hour".