"Hopeful Some Solution May Emerge": Centre Says Talks With UK On Travel Curbs On 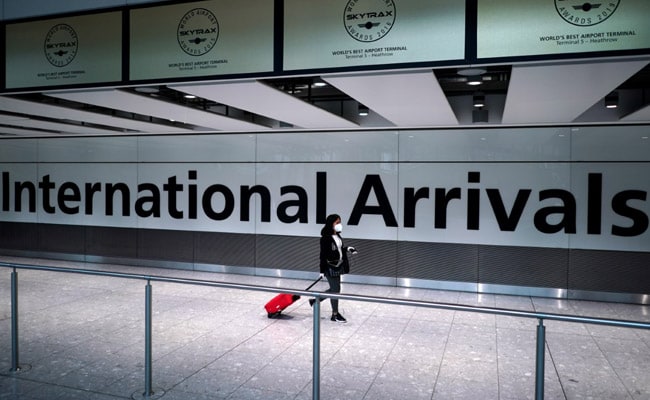 The Ministry of External Affairs today said that there can be an early solution to the India-UK travel restrictions row.

Speaking to reporters, MEA spokesperson Arindam Bagchi said, "We took it up with UK authorities at various levels but without success, that's why October 4 onwards we have applied reciprocal measures for all UK nationals arriving in India, so that's in effect, discussions are ongoing, nonetheless, we remain hopeful that some solution may emerge."

The UK's new travel rules make mandatory a 10-day quarantine and RT-PCR test even for fully vaccinated Indians travelling to the UK. Enraged by the move, India in retaliation has imposed reciprocal measures for UK citizens travelling to India since October 4.

MEA spokesperson further said, "I don't want to get into details what leverage they (UK) have but we are hopeful some solution may emerge meanwhile since we haven't reached solution reciprocity in place."

Interestingly, the UK had approved Covishield for the incoming travellers list but despite that restrictions were imposed on Indian travellers. Earlier, Britain also alluded that it had no problem with the formulation of Covishield but it has doubts about Covaxin.

ANI has learnt that India and UK are engaged at multiple levels to hammer out a solution soon.

A British High Commission spokesperson said, "The UK is continuing to work on expanding the policy to countries and territories across the globe in a phased approach. We are continuing to engage with the Government of India on technical cooperation to expand UK recognition of vaccine certification to people vaccinated by a relevant public health body in India."

"The UK is open to travel and we are already seeing a lot of people going from India to the UK, be it tourists, business people or students. Over 62,500 student visas have been issued in the year ending June 2021, which is an increase of almost 30 per cent as compared to the previous year. We want to make the process of travelling as easy as possible."